Amerco (NASDAQ:UHAL) reported its fiscal third-quarter earnings, for the period ended Dec. 31, 2016, after the market closed on Wednesday. The parent company of do-it-yourself moving giant and self-storage player U-Haul as well as two insurance company subsidiaries posted a 6.2% year-over-year increase in revenue while earnings per share declined 20.1%.

The stock has returned 16.1% for the one-year period through the regular trading session on Wednesday, versus the S&P 500's 26.5%, but remains a decisive winner over the medium and long terms.

As a result of changes in Internal Revenue Service regulations regarding the capitalization of low-value assets, the company has changed its financial reporting policy. This resulted in an additional $4.3 million of operating expenses. 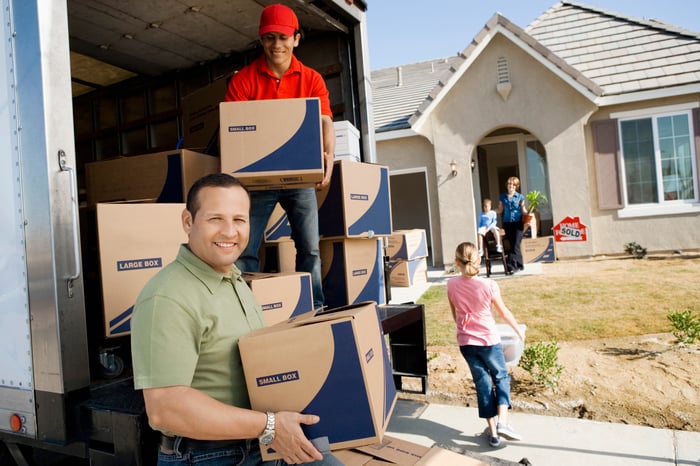 What happened with Amerco this quarter?

Revenue gains in our core rental business were driven by transaction growth. I am greatly encouraged by the Trump administration and since the inauguration have committed to 3,000 additional built-in-America Ford trucks. I expect growth to accelerate and I want U-Haul ready to serve customers moving to a new job or improved living arrangements.

As has been the case over the last couple of quarters, this was a challenging quarter for Amerco's self-moving business. Last quarter, Shoen said that the average income per transaction had declined and that the resale market for trucks remained depressed. No such explicit comments were made in the reported quarter's press release, but it's probably safe to assume these factors remain at play. More details should be covered in the earnings call.

Overall, the self-storage business continues to grow. This is a higher-margin business than self-moving (though the company doesn't break out margins), so its revenue growth has an outsize effect on earnings. That said, investors should monitor occupancy rates in the storage business, as they have been slowly declining.