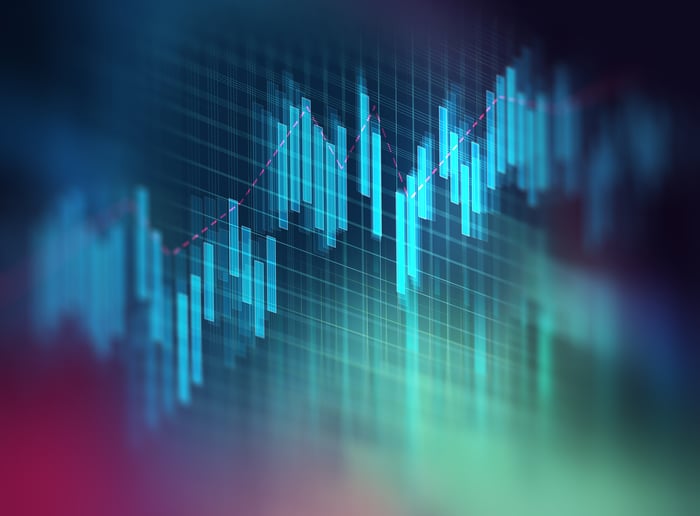 MicroStrategy (MSTR -3.92%) gained 15.35% in 2016 according to according to data provided by S&P Global Market Intelligence, thanks to several earnings beats throughout the year, and investor optimism that 2017 could bring more organic growth. 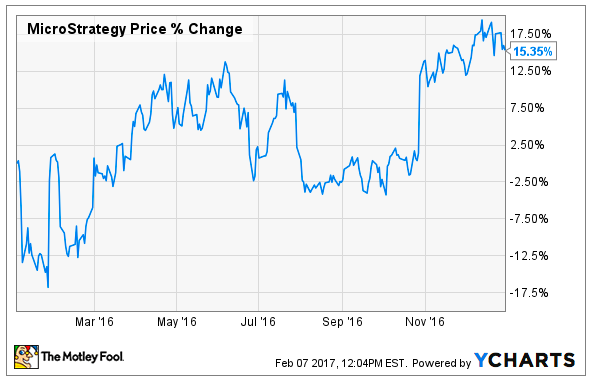 Cost cuts at the beginning of 2016, reported in the company's 2015 fourth-quarter earnings release, sent the company's stock price skyrocketing right out of the gate. Investors were pleased to see that MicroStrategy beat analysts' revenue estimates, and produced a double-digit percentage increase in license and subscription revenue. But it was the cost-cutting measures the company implemented that boosted investor optimism, and brought earnings per share of $3.38, a 70% increase year-over-year.

A poor second-quarter earnings report sent MicroStrategy's stock price tumbling in July (see chart above), but that turned around in October when the company reported its Q3 earnings. It once again beat analysts' estimates, reporting revenue of $129.9 million. That was just an increase of 0.3% year-over-year, but it amounted to $3 million more than analysts' consensus estimate. Investors also liked that earnings came in at $0.37 per share above analysts' forecasts, a beat that was mainly the result of a lower tax rate.

MicroStrategy reported its fourth quarter 2016 earnings at the beginning of 2017, and this time investors weren't so pleased. Top line revenue decreased 2% year over year to $140.1 million, and product licenses and subscription services revenues fell by 7%.

The company remains optimistic that some of its cost cutting measures and restructuring that took place in 2016 will start to bear fruit this year though. MicroStrategy's CFO said on the fourth quarter earnings call that he expects "continued quarterly unevenness in our financial metrics" but that the company is "on a path to organic profitable growth in 2017." If that ends up being the case, then investors should be even more excited about MicroStrategy in 2017 then they were last year.