Verizon's (NYSE:VZ) recently reported fourth-quarter results and outlook for the coming year disappointed investors. The report card for America's largest cell service provider demonstrates that the mobile business is getting mature. While this will continue to be Verizon's bread-and-butter, it's time for investors to focus on the other irons the company has in the fire. 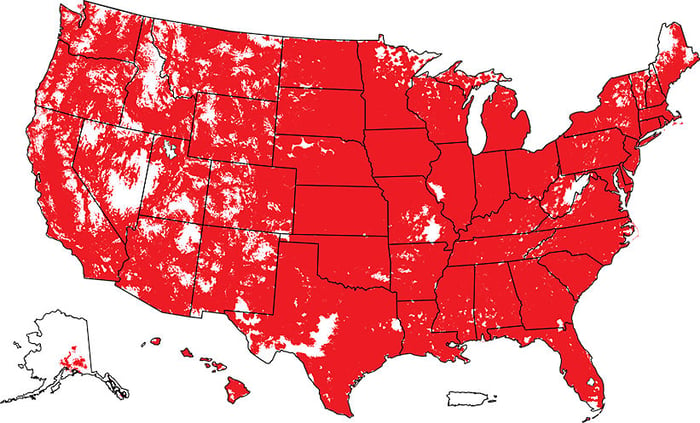 The details on subscriber growth

Subscriber growth in wireless missed estimates badly, with only 591,000 net additions in the fourth quarter instead of the 726,000 estimated by analysts. Management cited an increasingly competitive market for the weak results. Many customers are paying off equipment agreements and keeping their old devices in lieu of upgrading to a newer model.

The slowdown in the retail wireless business, Verizon's largest segment, can be seen when comparing the year-over-year numbers. The slowdown in net additions has been accelerating. 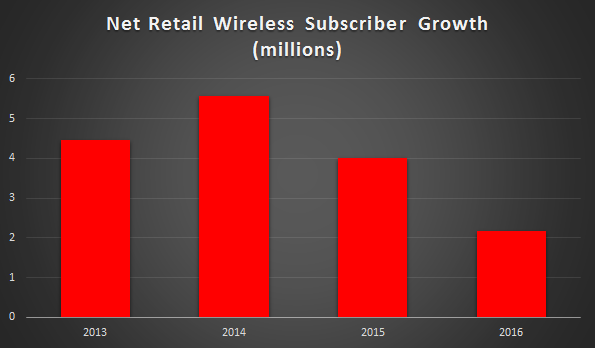 For the year ahead, the company expects the negative trends to improve. However, management said that will roughly equate into revenue and profit flat with 2016. The good news for investors is that Verizon knows this and has been leading the charge into new businesses to set the stage for future growth.

Specifically, the company has been making a foray into the media business, making Internet of Things (IoT) acquisitions, and making progress on its 5G network. The company is gearing up for a new round of growth as people change the way they do business, communicate, and consume entertainment.

Verizon made its first push into the media business with its purchase of AOL in 2015. Management reports they are satisfied with that new segment's progress and strides were taken in the last year to bolster it further. A pending purchase of Yahoo! was the big headline last year, but that deal is being reviewed in light of data breaches revealed late in the year.

Several smaller media acquisitions were made last year as well. Among them were Complex Media, an online multimedia platform catering to young male trendsetters, and Volicon, a service that helps media companies with monitoring and compliance. The digital media arm led by AOL declined 5% in the fourth quarter due to a particularly strong comparable period last year.

IoT continues to be a buzzword in the tech world, and Verizon made several moves to solidify itself as a provider of connected services in that space. Telogis and FleetMatics were both incorporated into the telematics business to provide services for connected vehicles and fleets. Verizon also bought a couple of start-ups that provide connected lighting and monitoring systems and urban Wi-Fi hubs. The IoT business grew 21% on a comparable basis in the last quarter of the year and over 60% including acquisitions.

The backbone of the IoT in the years ahead is expected to be a new 5G network. Verizon is leading the way with trial tests of its yet-to-be-released wireless platform, but it is progressing toward making it a reality. The merger with fiber optic provider XO Communications is expected to be finalized this quarter and is a key part of the company's goals in densifying its current 4G LTE network and supporting the next-gen network.

What investors focus on

The vast majority of Verizon's business still comes from retail wireless and wireline business, so investors will want to keep tabs on that. However, those models are becoming stale, and it hurt the top and bottom lines last year. It's time to give increased attention to the new growth businesses Verizon has developed. 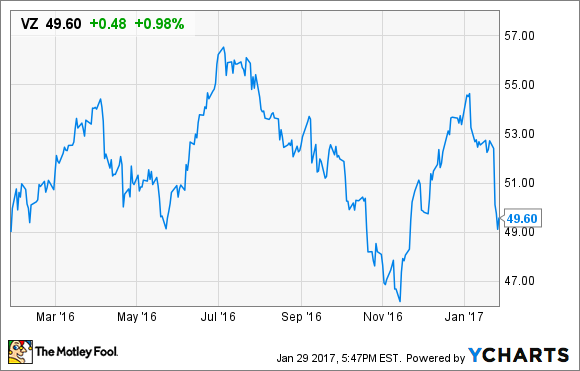 It may take some time to pay off, but multimedia, the IoT, and a 5G network will be the backbone of Verizon's growth strategy going forward. In the meantime, the recent drop in share price creates a nice buying opportunity for income-oriented investors. Verizon's dividend is currently paying out 4.7%.