Please ensure Javascript is enabled for purposes of website accessibility
Log In Help Join The Motley Fool
Free Article Join Over 1 Million Premium Members And Get More In-Depth Stock Guidance and Research
By Daniel B. Kline - Updated Feb 13, 2017 at 1:33PM

The classic gifts, candy, jewelry, cards, and flowers are still popular, but consumers are looking in other areas as well.

Perhaps this year, the heart-shaped box of chocolates from the pharmacy will be good enough.

That, or something like it, may be what some less-than-romantic folks may be thinking as Valentine's Day approaches. After a decade of increased spending on one of the bigger retail occasions of the year, we could see a decline this year according to an annual survey from the National Retail Federation (NRF) and Prosper Insights & Analytics.

"Valentine's Day continues to be a popular gift-giving occasion even if consumers are being more frugal this year," NRF CEO Matthew Shay said. "This is one day of the year when millions find a way to show their loved ones they care regardless of their budget. Consumers will find that retailers recognize that their customers are looking for the best deals and will offer good bargains just as they did during the holiday season." 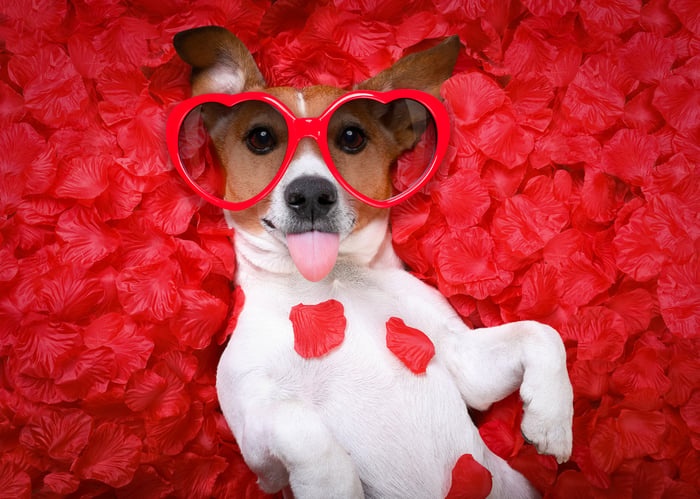 What (and for whom) are people buying?

While people generally think of Valentine's Day as a romantic holiday, not all spending goes toward significant others. The NRF found that consumers plan to spend an average of $85.21 on their significant other/spouse, $26.59 on other family members (such as children or parents), $6.56 on children's classmates/teachers, $6.51 on friends, $4.27 on co-workers, and $4.44 on pets.

Overall spending has fallen in part because less people are celebrating the holiday. In 2007 the NRF found that 63% of Americans planned to spend money on the romantic holiday while only 54% will this year.

Of those who are buying, nearly 20% of Valentine's Day gift-givers will spend money on jewelry with $4.3 billion being spent in that category which tops all others. That's followed by the $3.8 billion that will go toward an evening out while another $2 billion will be spent on flowers. After that clothing ($1.9 billion), candy ($1.7 billion), gift cards ($1.4 billion), and greeting cards ($1 billion).

The NRF also noted that experience-based gifts like tickets to a concert or sporting event, a gym membership, or an outdoor adventure have become increasingly popular. That's an area that appears likely to create some disappointment as the survey found that 40% of consumers want a gift from this category, but only 24% plan to give one.

Where are people buying?

The study, which was put together from a survey of 7,591 consumers found that despite the growth of online shopping physical stores remain the most popular sources for Valentines Day gifts. The NRF found that 35% of consumers plan to shop at department stores, while 32% will visit discount stores, 27% will shop online,18% will use specialty stores, the same as will buy from florists, and 15% will meet their holiday needs at local small businesses.

"While fewer are planning to celebrate Valentine's Day this year, millions of shoppers will still make room in their budgets to spoil their loved ones," Prosper Principal Analyst Pam Goodfellow said. "Consumers can expect promotions on everything from flowers to date-night dinner packages in the coming days, leaving plenty of ideas for those looking to spoil their Valentines."

The competition for business on Valentine's Day has always been intense, but in a year when consumers are being tighter with their money it's even tougher. To win business stores must look at value and consider that consumers are interested in the holiday staples (jewelry, candy, cards, and flowers) but they are also looking for unique experiences.

Spending may decrease this year, but $18.2 billion would still rank as the fourth-highest total spent in the last decade, according to the NRF's numbers. That's still an opportunity for retailers to have a big season if they help consumers make the most of their slightly constrained budgets.