After years of walking back from unlimited data plans, carriers are starting to reverse course. T-Mobile (NASDAQ:TMUS) launched its One unlimited plan last year, although there were a few caveats around mobile video optimization (you have to pay $15 extra for One Plus if you want full-resolution video). Just last month at CES, the Un-carrier effectively cut the price by absorbing all the taxes and fees, so customers pay the advertised price with no surprises.

Verizon (NYSE:VZ) announced yesterday that it was resurrecting its own unlimited data plans, which it had previously discontinued way back in 2011 in favor of tiered rates, although many customers were grandfathered in. In November, Verizon jacked up the price for those remaining grandfathered unlimited plans by $20. The move represents a change of heart for Verizon, which said as recently as September that people "don't need unlimited plans." 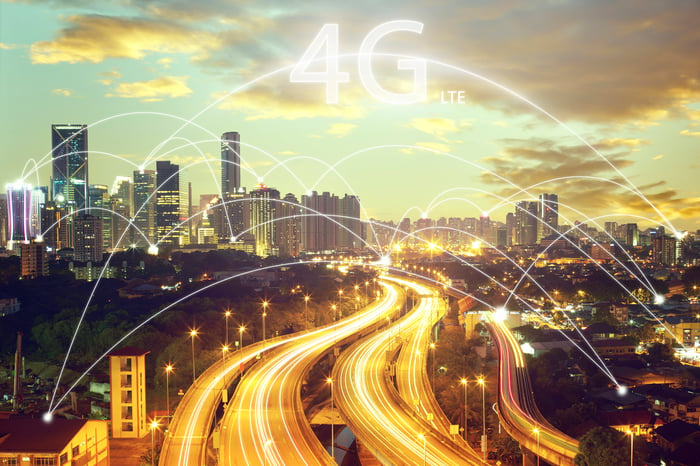 It's also worth noting that of all the U.S. carriers, Verizon has withstood competitive pressures from T-Mobile quite well over the past few years, often refusing to respond and maintaining relatively high pricing levels. But Verizon's new offering is very much in response to T-Mobile's momentum. Investors aren't too happy about it.

The Un-carrier vs. Big Red

Big Red's new Verizon Unlimited plan starts at $80 for the first line, and the No. 1 domestic carrier was quick to point out that unlike T-Mobile, it won't be throttling or downscaling mobile video. Another point of differentiation is that Verizon is still offering its shared data buckets, while T-Mobile no longer offers its Simple Choice plan for new customers as it aggressively pushes One. As with all unlimited plans, users with extremely high usage will get lower priority after a certain threshold to help with network congestion.

Here's how the two plans stack up.

Neither plan is definitively better; each has trade-offs. Never the shy one, T-Mobile CEO John Legere took the expected jabs on social media.

🤔 Thinking @verizon's "unlimited" plan might be most expensive ever. And don't forget to add the taxes & fees (+any fees not announced yet)!

Overall, analysts are skeptical about the new plan. Rivals have largely closed the gap in terms of network performance, and the "soft cap" where speeds are reduced is lower than T-Mobile's. The whole purpose of shifting toward tiered rates years ago was to better monetize increased usage, so pricing power is now weakened. Additionally, if the industry starts shifting back toward unlimited plans, a pricing war will inevitably break out, and only consumers win from pricing wars.