Cloud computing has become a must for enterprise customers seeking more efficient and effective tech infrastructure solutions, and Arista Networks (NYSE:ANET) has delivered a wide range of services to its customer base to let them use the cloud for their own benefit. Investors have fully embraced the potential of cloud computing in choosing promising stocks, and coming into Thursday's fourth-quarter financial report, Arista shareholders were expecting to see continued impressive sales growth with modest gains on the bottom line. Arista did even better than that, giving its investors better earnings growth than they had anticipated.

Let's take a closer look at Arista Networks to see how it did, and what's ahead for the cloud specialist going forward. 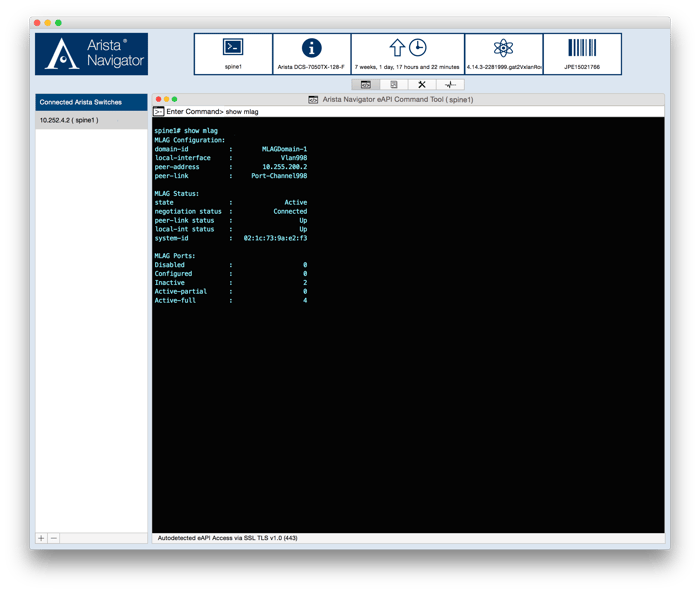 Arista Networks' fourth-quarter results were even more impressive than in past quarters. Revenue climbed 34%, to $328 million, which was even faster than the roughly 28% growth rate that most investors had anticipated. Adjusted net income of $77.5 million climbed by more than a third, as well, from year-ago levels, and adjusted earnings of $1.04 per share topped the consensus forecast by $0.22 per share.

Looking more closely at the report, Arista continued to find its growth in the same general areas. Product-based revenue climbed by a third and continues to make up more than 85% of Arista's overall sales, and gross margin for the segment remained relatively constant. On the service side of the business, segment revenue was up almost 40% from year-ago levels, and better margin figures there helped lift overall gross margin companywide by nearly half a percentage point, to climb above 64%.

Once again, Arista managed to keep its operating expense growth within acceptable limits. Costs climbed by less than a quarter, and that helped boost operating margin by more than 3 percentage points, to between 23% and 24%.

CEO Jayshree Ullal once again took the long view in summing up the company's results. "2016 was indeed a historic year for Arista," Ullal said, "as we exceeded $1 billion in annual sales within two years of becoming a public company." The CEO attributed the gains to the popularity of cloud computing, in general, and Arista has captured a solid piece of the overall market.

Can Arista keep moving ahead in 2017?

In addition, Arista is benefiting from the increasing need for current and potential customers to keep up with rivals in their respective industries. As Ullal put it, "Our customers are adopting cloud networking at an unprecedented pace" -- and it appears that there's plenty of runway left for further gains in the future.

Innovation will continue to play a key role for Arista's long-term growth. During the fourth quarter, for instance, Arista introduced its AlgoMatch product, which deals with the issues of access control and secure cloud networking. To build customer loyalty, it will be helpful for Arista to keep expanding the capabilities of its Arista EOS platform and draw more users into its ecosystem to drive recurring revenue.

Arista's guidance for the first quarter was also favorable. The company predicts revenue will come in between $320 million and $330 million. Gross margin of 61% to 64% would be a minor step backward for the company, but building momentum on the operating margin front could further support profit growth in 2017.

Arista Networks' investors were extremely pleased with the cloud networking company's results, and the stock climbed more than 9% in after-hours trading following the announcement. Based on its strong performance in 2016, Arista has every opportunity to keep capitalizing on heavy demand for cloud services throughout the coming year and beyond.