The global software-engineering company gave favorable guidance despite some mixed results to finish 2016.

EPAM Systems (EPAM 0.01%) has demonstrated an ability to take advantage of international resources for programming and information technology services. The company's focus on using professionals in Eastern Europe gives it a competitive advantage over some of its competitors, and EPAM has used the strategy to produce growing results for a long time. Coming into Thursday's fourth-quarter financial report, EPAM investors wanted to see further signs that the company would be able to keep producing attractive levels of growth. EPAM didn't manage to satisfy investors entirely, but its outlook for 2017 was quite strong.

Let's look more closely at EPAM Systems to see how it did and what it sees ahead. 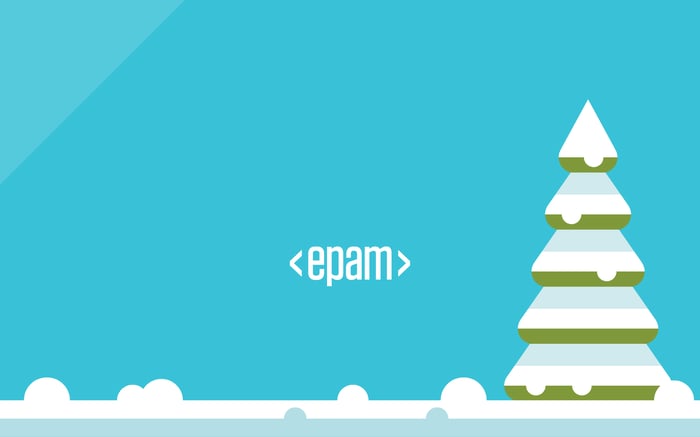 EPAM Systems' fourth-quarter results continued the company's string of quarters with solid growth. Revenue climbed almost 21% to $313.5 million, which was slightly higher than the 20% growth rate most investors were looking to see. Adjusted net income climbed 10% to $51.5 million, and that resulted in adjusted earnings of $0.77 per share. That was up from 2015's fourth quarter, although it fell short of the consensus forecast among investors by $0.01 per share.

Taking a closer look at the report, EPAM's geographical focus continued to show signs of negative impacts from currency considerations. The company said sales gains would have been more than two percentage points higher for the quarter in constant currency terms, and for the full year, currency impacts cost the company 2.5 percentage points in additional revenue growth.

EPAM's hiring pace continued to be strong. Headcount rose to nearly 22,400 by the end of 2016, up by more than 650 employees in the past three months, and having risen by 22% compared to the end of 2015. In particular, delivery professionals approached the 20,000 mark, also rising more than a fifth over the past 12 months.

However, EPAM saw some pressure on the cost front that ate into its profit growth. Overall costs of revenue climbed by a quarter, causing gross margin to fall below 37%, a drop of more than two percentage points. However, controlling overhead expenses helped minimize the hit to operating margin, which fell just a fraction of a percentage point.

CEO Arkadiy Dobkin was happy about the company's performance. "2016 was a milestone year for EPAM," Dobkin said, and "we tripled revenues since our IPO, closing at over $1 billion." The CEO also noted that it has worked hard to broaden its service offerings in order to compete more effectively in the marketplace for IT services.

What's ahead for EPAM?

EPAM has high hopes for the coming year. In Dobkin's words, "Our continued evolution in extending our Engineering DNA into a full spectrum of services for digital business has positioned EPAM as a new breed of service provider, keeping us relevant to clients navigating dynamic market demands."

In particular, EPAM's guidance was optimistic. For the first quarter, the company expects revenue of at least $315 million, which would represent a 19% growth rate from year-ago levels, and adjusted earnings of at least $0.72 per share is also roughly in line with what investors expect. Meanwhile, for the full 2017 year, EPAM's projections included sales growth of at least 20%, and adjusted earnings of $3.38 per share or more for 2017 stands to look quite favorable compared to the current consensus forecast among those following the stock.

EPAM Systems investors were pleased with the report, and the stock climbed nearly 4% in morning trading following the announcement. With so much demand for IT services, EPAM has a golden opportunity to capitalize on the chance to broaden its customer base and use its competitive advantages as effectively as possible looking forward.

Why EPAM Systems Jumped 43% in March

Why EPAM Systems Is Crashing Today