Equinix (NASDAQ:EQIX) reported fourth-quarter and full-year 2016 results after the market closed on Wednesday.

Here's how the quarter worked out for the data center operator and global interconnection specialist that's organized as a real estate investment trust (REIT) and its investors.

Equinix's quarterly revenue came in close to the midpoint of its guidance range of $940 million to $946 million. The company doesn't provide quarterly AFFO guidance. The quarterly year-over-year results were outsized largely due to big acquisitions Equinix made during the year. For a like-to-like comparison, investors should consider the organic revenue growth rate for 2016, discussed below. (Organic growth excludes revenue contributed by acquisitions made in the year.)

For full-year 2016, year-over-year revenue jumped 33% to $3.61 billion. Organic and constant currency growth rate was greater than 14%. Equinix's two big acquisitions, Telecity and Bit-isle, contributed revenue of $400 million and $149 million, respectively. AFFO for the year rose 30% year over year to $1.08 billion. 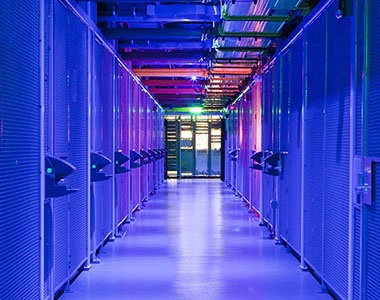 2016 was a pivotal year for Equinix. We continued to capture the shift to the cloud, expand our global reach and scale, grow interconnection, and deliver record bookings and increasing shareholder returns. We are operating at the intersection of some of the greatest technology trends in our lifetime, and the digital transformation driven by cloud services is shifting compute, storage and networking to the edge, which plays into our dense ecosystems and global scale.

He also added his thoughts about 2017:

We look forward to a busy 2017 as we integrate our acquisitions, grow our global platform, enhance our portfolio of services and increase our reach and relevance to the cloud-enabled enterprise.

Equinix provided first-quarter and full-year 2017 guidance. For the first quarter, it expects revenue in the range of $940 million to $946 million, which at the midpoint represents constant-currency growth of 2% over the first quarter of 2015. Equinix does not issue quarterly AFFO guidance.

Guidance for the year is as follows: