Shares of Denny's Corp. (NASDAQ:DENN) jumped on Thursday after the company reported better-than-expected fourth-quarter results. Positive same-store sales growth and an operating margin increase was enough to send the stock up 13% by 11:45 a.m. EST. 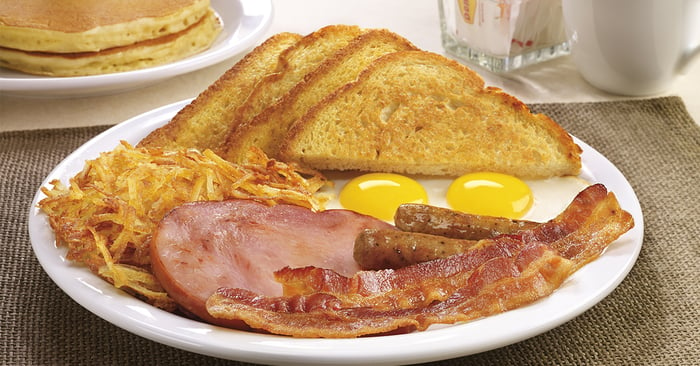 Throughout the year, we continued to successfully execute our brand revitalization strategy and delivered an improved and differentiated experience for our guests across food, service, and atmosphere. These efforts resulted in market share gains and impressive growth in company and franchise margins. In addition, we delivered our best year of unit expansion in the past five years.

Denny's expects same-store sales growth at company and franchised restaurants between 0% and 2% in 2017, with net restaurant growth of 10 to 20 units helping to drive revenue between $523 million and $532 million. Company restaurant margins are also expected to remain high, with a guidance range of 17.5% to 18%.

Denny's fourth-quarter results and guidance were both solid, particularly given the difficulties other restaurant chains are having. Investors viewed even sluggish same-store sales growth positively, and the significant earnings beat was icing on the cake.