Shares of health and wellness retailer GNC Holdings (NYSE:GNC) tumbled on Thursday following the release of the company's disastrous fourth-quarter report and the suspension of its dividend. GNC missed analyst estimates on all fronts, with revenue slumping by nearly 10% year over year. The stock was down as much as 16.5% soon after the market opened, but settled to an 8% loss by 11:15 a.m. EST.

GNC reported fourth-quarter revenue of $569.9 million, down 9.4% year over year and about $1 million short of the average analyst estimate. Same-store sales dropped 12% at domestic company-owned locations, with a smaller decline of 6% at domestic franchise locations. 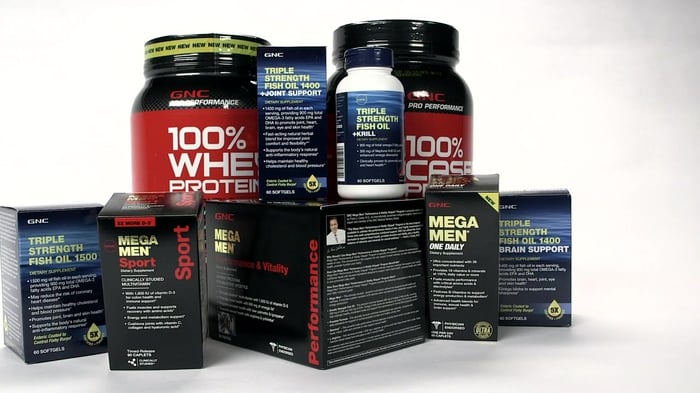 In an effort to preserve cash and pay down its debt, GNC announced that it was suspending its dividend. GNC also does not expect to use the remaining $197.8 million previously authorized for share repurchases in 2017.

GNC launched its One New GNC initiative in December in an effort to reverse the company's poor performance. Changes include a single-tiered pricing model to cut down on confusion, a new free loyalty program in addition to a new paid program, and the alignment of online and in-store prices.

As interim CEO Bob Moran pointed out, it will take time for these changes to be reflected in the company's results:

GNC's performance in the fourth quarter, while well below expectations, does not reflect the fundamental changes we have made to the business model. Customers are responding well to the new model, which launched in late December and includes simplified, more competitive pricing and new loyalty programs. We are aware that the changes we have made have short-term financial impacts and while it is still in the early days, and it will take time for our investments to bear fruit, we are encouraged by the trends we're seeing and believe the One New GNC can help the company return to profitable growth.

With same-store sales falling off a cliff and the bottom line quickly disappearing, One New GNC will need to show progress sooner rather than later. The stock is now down about 87.5% from its multiyear peak in late 2013, and further declines are likely if the company fails to stop the bleeding.