And whether there's any more methane gas in the tank.

As you've probably guessed, earnings had something to do with the move. Stericycle reported its fiscal Q4 and full-year earnings last night, and the numbers exceeded analyst expectations. For the fourth quarter, the company reported 2% revenue growth to $906 million (analysts had expected less than $904 million). The company earned only $0.14 per share on that revenue, but said its "non-GAAP earnings" were a full $1 per share, which exceeded analyst projections for a $0.93 profit. 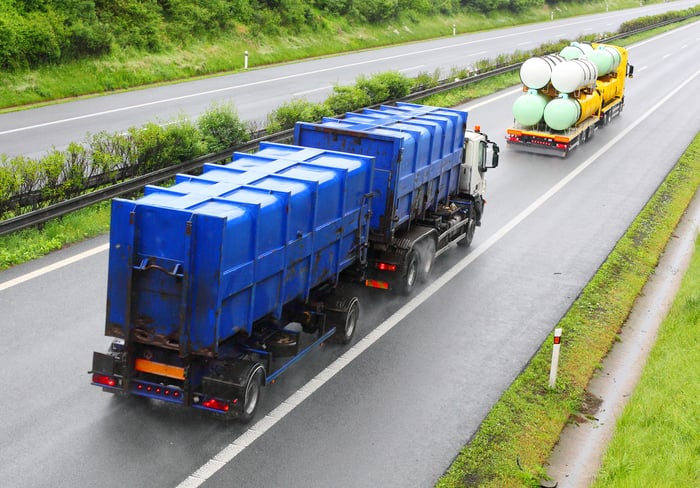 Management offered up no projections for how it expects to perform in 2017 to guide investors' decision on what to do next, so let me give my take instead. Based on reported earnings, Stericycle stock now costs more than 40 times earnings. That's about 33% more expensive than the stock looked heading into earnings yesterday.

On the third hand, though, Stericycle stock now carries an enterprise value of $10.1 billion, resulting in an enterprise-value-to-free-cash-flow ratio of just 24.5 on the stock. So arguably, viewed from the perspective of EV/FCF, Stericycle stock is not just cheaper than it looks when valued on P/E, but also cheaper than it looked just 24 hours ago. Whether it's cheap enough to buy given analyst predictions that long-term growth will average only 10%, though, is another question. Personally, despite last night's great results, I vote "no."