Fannie Mae and Freddie Mac are making tons of money. Will investors get a cut?

Government-sponsored entities Fannie Mae (FNMA -0.67%) and Freddie Mac (FMCC) reported 2016 earnings of just over $20 billion between them. Unfortunately for investors, all the profit will be sent to the U.S. Treasury, although this profit-sweep may not last for too much longer. Here's a closer look at the numbers, and whether the companies could return to privatization soon.

Fannie Mae and Freddie Mac were placed into government conservatorship in 2008, as the U.S. housing market teetered on the brink of collapse. Under the original terms of the bailout, the Treasury invested $187.5 billion between the two companies. In return, the Treasury received warrants to acquire almost 80% of the companies' common stock, as well as preferred stock with a 10% dividend yield. 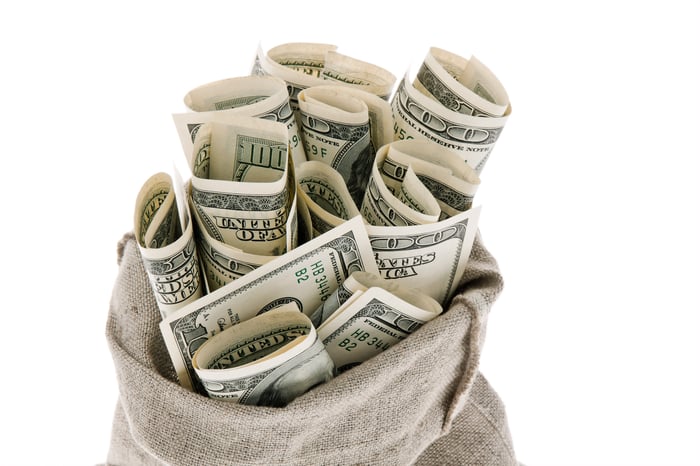 Fannie Mae and Freddie Mac are making tons of money. Will investors get a cut? Image source: Getty Images.

The terms of the deal were modified in 2012, as both companies suddenly swung to profitability for the first time since the crisis. Instead of the 10% dividend I just mentioned, Fannie and Freddie would be required to pay a dividend that was essentially equal to all of its profit as well as some of its reserves each quarter, beginning in the first quarter of 2013.

As you might imagine, shareholders of the two mortgage giants weren't too happy. After all, many of them held on to their shares through the depths of the crisis, and others took a big gamble by buying shares in then-unprofitable companies. Now that the companies were making money, shouldn't they get paid?

Several shareholder lawsuits followed, but the process to privatization seemed to be dead in the water in 2014, when a judge dismissed the main lawsuit against the government.

Taxpayers have made a nice return on the bailout

The problem, as I mentioned, is that shareholders feel they should be able to share in the companies' profits, especially since taxpayers have now been made whole and then some.

The new Treasury secretary could be a game-changer for shareholders

Shortly after his nomination was announced in November, Treasury Secretary Steve Mnuchin suggested that Fannie and Freddie should be returned to private investors, and also suggested that it could be done on a "reasonably fast" timeline. Not surprisingly, investors were thrilled to hear these comments -- both stocks rose by about 30% the day the comments were made and have more than doubled since the election. 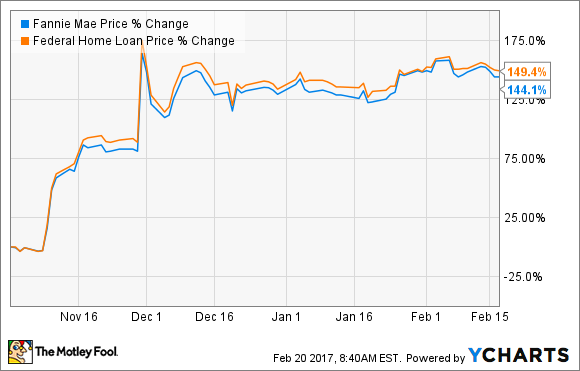 In addition, there are concerns on both sides of the political spectrum about the lack of capital reserves of the two agencies. As part of the net-worth sweep, the companies send a portion of their reserves to the Treasury in addition to their profits. In Freddie Mac's case, for example, the 2017 dividends paid to the Treasury are based on a capital reserve amount of $600 million. However, beginning in January 2018, the company won't be permitted to keep any capital in reserve -- everything will go to the Treasury. This situation will make the companies more vulnerable to downturns, and it increases the chances of future needed bailouts.

In a nutshell, the new administration doesn't want Fannie and Freddie to remain under government control. While there's no guarantee when privatization will happen, or even that it will, it's certainly more likely now than at any other time in the past few years.