The beverage giant showed off some strong sales growth thanks in part to smaller packaging, but it won't make a difference over the long term.

By selling smaller bottles and cans, the company has been able to raise the price per ounce on its trademark Coca-Cola and other popular beverages. The smaller packaging has also proven to be a hit with consumers, who are increasingly looking to limit calorie intake from sugary beverages like soda. The 8-ounce cans and bottles are a win-win, a guilt-free purchase for consumers and an economic value-add for the beverage giant. 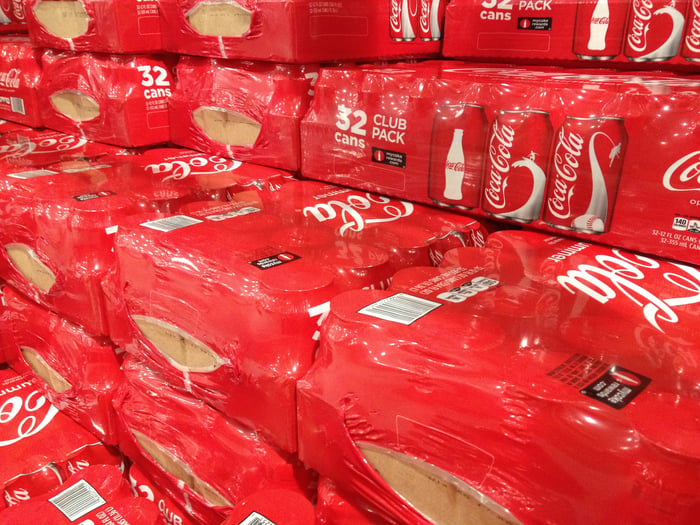 Organic revenue growth jumped 6% in the company's fourth quarter, its best mark in several quarters, in part because of the smaller packages. In North America, revenue increased 8% in the most recent quarter and 4% for the full year, outpacing overall growth in the US of consumer packaged goods. That jump came as volume grew just 1% in North America, and fell 1% globally due to weakness in Latin America. Sales of smaller packages grew nearly 10% in the U.S. in the quarter, further evidence of their impact.

The success of Coca-Cola's pivot to smaller packages seems evident, but soda volume sales still declined by 2% in the quarter, indicating concerns about underlying demand persist.

The conundrum is similar to one McDonald's (MCD -0.09%) faced after it launched all-day breakfast in the fall of 2015. That decision, long demanded by customers, proved to be an initial success, driving comparable sales up 5.7% in the first quarter following the launch and 5.4% in the next quarter. However, more than a year after the McDonald's all-day breakfast launch, comparable sales growth has moderated significantly. In fact, it turned negative in the fourth quarter of 2016, the first full period that lapped the launch, falling 1.3%. In other words, while all-day breakfast was clearly a success based on the initial response, it did not prove enduring enough to continue driving McDonald's sales higher. Coca-Cola may face similar challenges next year, as reducing package size is just a temporary aid, not a long-term strategy. Instead, the company will have to find a way to boost the underlying demand for its products.

What's next for Coke?

In spite of the success of the smaller packages, Coca-Cola's adjusted earnings per share still fell by a penny from $0.38 to $0.37 in its most recent quarter, and the company expects adjusted EPS to fall by 1-4% this year.

Incoming CEO James Quincey has expressed a desire to accelerate the company's pace of acquisitions. In recent years, the company has taken over brands like Fuze Tea, VitaminWater, and Zico coconut water, has made an investment in Monster Beverage, and is rolling out new categories like its protein-fortified Fairlife milk. The company also partnered with Dunkin' Brands to introduce a line of bottled iced coffee drinks.

Continued diversification looks like the company's best bet for profit growth, as Coca-Cola's key strengths are its distribution network, marketing muscle, and ability to scale up smaller brands. Quincey said he hopes to do a few acquisitions of still beverage brands in the current year, saying, "we'll do those that make strategic sense, financial sense, and where we find willing partners."

In addition, Coke has found some success recently from its zero-sugar offerings, which could provide the company with a longer platform of growth than smaller packages. In Europe, where it introduced a new drink, Coca-Cola Zero Sugar -- which has no calories but is formulated to taste more like Classic Coke -- the beverage delivered double-digit growth.

While the growth from smaller packages and the zero-sugar beverages are encouraging, Coca-Cola's playbook ultimately remains the same -- diversify into growing still beverage brands faster than it loses demand for it core sodas like Coke and Diet Coke.

The smaller packages may provide a nice bump for Coke for the meantime, but it won't change the company's long-term trajectory.