The hotel REIT’s expects earnings to take a step back in 2017.

Pebblebrook Hotel Trust's (PEB 0.40%) financial results went upside down during the fourth quarter. That said, the company expected as much and even outperformed its forecast despite facing the headwinds of a weak hotel market and selling $463.8 million of assets last year. Unfortunately, those two factors will continue to weigh on results in 2017.

Pebblebrook took a step back. 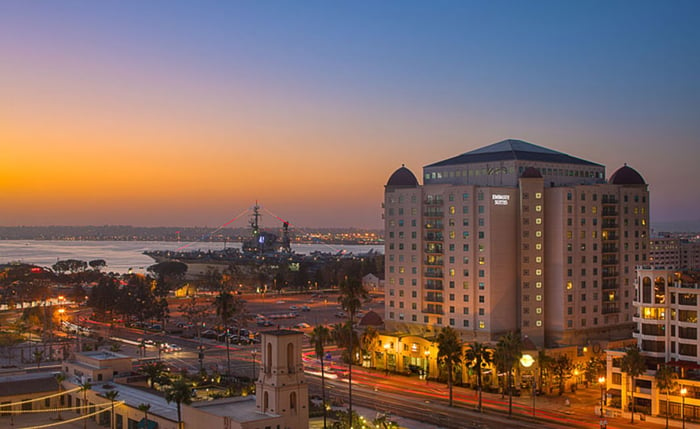 CEO Jon Bortz had this to say about the company's results:

We are very pleased with our 2016 results and the continued improvements we made throughout our portfolio in 2016, both operationally and from value-enhancing renovations. In addition, we had significant success with our strategic disposition plan, completing numerous property and asset dispositions totaling $463.8 million. The U.S. hotel industry ended yet another year at its highest occupancy ever, despite weak business travel, an uptick in new supply and continued headwinds from global economic challenges including a strong U.S. dollar. For Pebblebrook, in 2016, we grew Same-Property Wholly Owned EBITDA by 4.5%, Adjusted EBITDA by 5.3% and Adjusted FFO per share by 11.2%, and we increased our dividend by 22.6%, all representing record levels. We experienced this growth and record numbers while also completing several property dispositions, which reduced the size of the Company's portfolio, but lowered leverage and increased liquidity.

Aside from jettisoning hotels to improve its balance sheet, the company also invested $124 million to spruce up several of its other properties to enhance their profitability. These recently renovated and repositioned hotels were then able to increase their market share and cash flow last year, which is a trend the company expects to continue in 2017.

That said, despite improvements in its retained portfolio, and more optimism in the hotel industry, the company expects its financial results to decline in 2017. The company sees Same-Property EBITDA falling 8.7% on the low end to 4.7% at the high end. Those declines, when combined with a smaller portfolio, should push Adjusted FFO down to a range of $170.9 million to $182.2 million, or $2.34 to $2.50 per share, which represent decreases of 10.1% to 15.8% versus last year.