Let's face it: Most people dread tax season. Preparing a tax return ranks right up there with getting a root canal.

First of all, it's time-consuming. The IRS estimates that it takes the average taxpayer 13 hours to prepare a return. Add to that the complexity of the tax code and it's no wonder taxpayers dread April 15.

H&R Block, Inc. (HRB -4.49%) is hoping to change all that. This year, it's partnering with IBM's (IBM -2.79%) Watson to bring the capabilities of artificial intelligence (AI) to tax return preparation. This would seem a natural fit for the Jeopardy!-winning supercomputer. 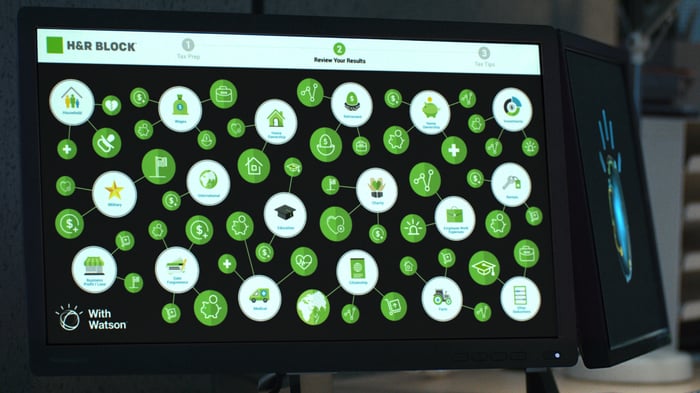 Sifting through the sheer volume of data that makes up the tax code, as well as related court cases and interpretations, and matching results to individual situations seems tailor-made for AI. Watson will be made available to H&R Block's 10,000 U.S. offices and its 70,000 tax preparers who are expected to help people file 11 million tax returns.

Its initial focus will be recommending deductions and credits. Automating the process using cognitive computing will reduce the burden of fact-checking for Block's employees, allowing them to focus more on the customer.

H&R Block approached IBM last year seeking to improve the experience for its clients and gain an edge against the growth of online tax preparation. To prepare for the partnership, Watson feasted on the 74,000-page federal tax code and reams of documents from Block's 60-year history of preparing tax returns, which number in the hundreds of millions. Watson's natural language processing digested the data and was then tested at H&R Block locations in January. The results of those tests led to a full deployment of the system. 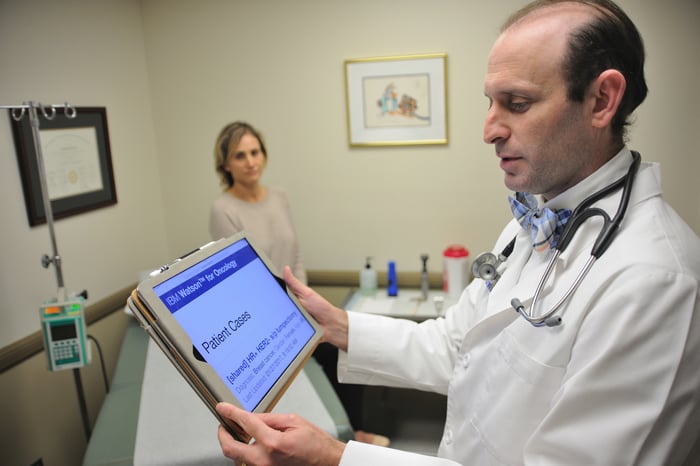 Watson also does healthcare and cyberdefense

IBM is seeking to leverage its artificial intelligence advantage into a multibillion-dollar growth driver. Watson has been hard at work in a diverse number of fields with its signature ability to parse through large volumes of data, detect patterns, and provide insights that turn into competitive advantages.

IBM's recent expansion of the Watson Cyber Security beta program began with eight universities working to improve cognitive computers' security protocols, then enlisted 40 organizations in a variety of industries, hoping it would develop into the next generation of cyberdefense. Following what must have been a successful test, IBM this week made Watson for Cyber Security available to customers.

Watson has also been hard at work in the area of cancer research. After being fed volumes of medical journals and textbooks, its Watson for Oncology program has been able to diagnose a wide variety of cancer cases, with 90% of its diagnoses consistent with those of its human counterparts.

IBM is looking to end its streak of 19 consecutive quarters of year-over-year declining revenue following a road map provided by its "strategic imperatives," which include Watson cognitive and cloud computing. The strategic imperatives grew to $32.8 billion in revenue in 2016, 41% of total revenue.

The company sees here future opportunities to grow revenue and increase margins as strategic imperatives' margins are higher than those of its traditional services and systems segments. The transition from its legacy business model to one led by cloud services and cognitive computing has been a long road. IBM's financial results in 2016 show that it's making progress on its strategic imperatives and its transformation seems to be at a tipping point.