Kraft Heinz (NASDAQ:KHC) recently proposed to merge with Unilever (NYSE:UL) in a $143 billion deal, which valued the consumer staples giant at $50 per share. Unilever rejected the offer on Feb. 17, claiming the offer was too low. Bloomberg also reported that people "familiar with the situation" claimed that Unilever disliked Kraft's cost-cutting model, its inexperience with grooming products, and its "lack of vision" for cultivating brands.

At the time, Kraft Heinz stated that it would return with a higher offer, but it abruptly walked away two days later, stating that it had hoped to accomplish the merger under "friendly" terms. That hasty retreat baffled investors and analysts since Unilever's low management ownership and weak anti-takeover defenses made it an easy target for a hostile bid. 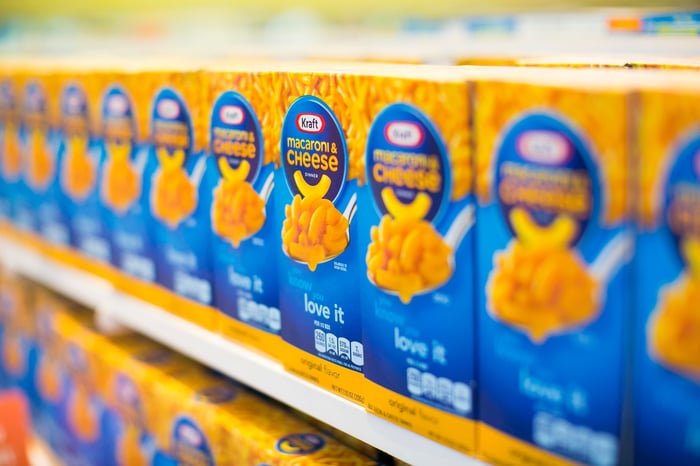 The deal also represented a setback for Warren Buffett's Berkshire Hathaway and private equity firm 3G Capital, which together own over half of Kraft Heinz. Berkshire and 3G previously orchestrated the merger between Kraft and Heinz in 2015, and merging with Unilever would have created a packaged foods and consumer staples behemoth with annual sales exceeding $80 billion.

Kraft may have walked away, but that doesn't mean investors should ignore the qualities that made Unilever an appealing takeover target. Let's see what's next for Unilever -- and whether or not investors should add this consumer staples giant to their portfolios.

A closer look at Unilever's business

Unilever is co-headquartered in London and Rotterdam. The company owns a portfolio of over 400 brands, but it mainly focuses on growing 13 top brands -- including Dove, Axe, Lipton, Rexona, Caress, and Ben & Jerry's -- which each generate over a billion euros in revenue per year. It also acquired Dollar Shave Club to strengthen its grooming business last year.

Analysts expect Unilever's revenue and earnings to respectively rise 5% and 7% in fiscal 2017. Those numbers are impressive for the "slow growth" consumer staples industry. Procter & Gamble (NYSE:PG), for example, is expected to post flat sales growth and 5% earnings growth this year. The weak euro could also be a tailwind for Unilever this year since it sells most of its products overseas but reports its earnings in euros.

So what's next for Unilever?

On Feb. 22, Unilever initiated a strategic review of options to improve shareholder value. In a press release, the company stated that Kraft Heinz's attempted takeover "highlighted the need to capture more quickly the value we see in Unilever." Unilever didn't provide any additional details, but analysts speculate the company could divest certain brands, sell itself to a "white knight," buy up other companies, or hike its dividend.

The verdict: Unilever is still a solid buy

Unilever currently trades at 26 times earnings, which is slightly higher than P&G's P/E of 24 and the industry average of 24 for personal products companies. But I think that slight premium is justified by its higher growth rates and the tailwind of a weak euro.

Looking ahead, the possibility of divestments, acquisitions, or dividend hikes indicates that Unilever's business could finally start evolving to generate bigger returns for investors. Therefore, I believe that even though Kraft Heinz walked away from Unilever, everyday investors can still consider adding this consumer staples stalwart to their portfolios.