Retail CEOs from Target, Best Buy (NYSE:BBY), Gap Inc and other national chains flocked to the White House last week to meet with President Trump. At the top of the agenda was a potential border tax that the retail sector has widely protested, as it would likely force a significant price increase.

Not featured at the meeting was Amazon.com (NASDAQ:AMZN), the country's biggest e-commerce company, and the second-biggest retailer by sales behind Wal-Mart Stores, Inc, (NYSE:WMT), which was also absent. 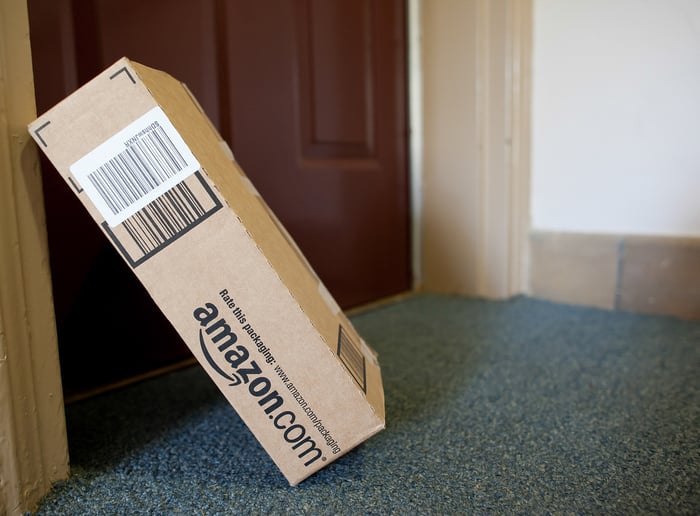 Amazon CEO Jeff Bezos has sparred with Trump in the past. During the campaign, Bezos promised Trump a seat on his spaceship after then-candidate Trump threatened Amazon because he did not like coverage of his campaign in The Washington Post, which Bezos owns separately from Amazon. Since the election, the two have mended fences; Bezos congratulated Trump on his win, and was one of several tech CEOs to meet with Trump at Trump Tower while he was the President-elect.

Oddly enough, despite Trump's former promise of "such problems" for Amazon, the e-commerce giant could be a big winner from the border tax as an indirect beneficiary.

What is the border tax?

Though any tax on imports is far from finalized, Trump made such a tariff a cornerstone of his campaign and has continued to tout such a move as president. In his first week in the White House, he suggested implementing a 35% border tax on goods from Mexico as a way to make our southern neighbor pay for the border wall, but walked the idea back after a backlash.

Now Trump and Congressional Republicans appear to be considering a 20% border tax as a replacement for tax revenue from a corporate tax cut and as an incentive to encourage American manufacturing. It's part of a tax overhaul plan that could also allow repatriation of foreign profits and let companies deduct the entirety of capital expenses instead of depreciating them gradually.

It's no surprise that big-box retail chains would be opposed to such a tax, as many of them rely on foreign-made products for much of their inventory. According to an RBC Capital Markets analysis published in The Wall Street Journal, as much as 85% of Best Buy's merchandise comes from abroad. For Wal-Mart, that figure is around 35%. For both companies, such a border tax would significantly eat into profits, turning net income negative in Best Buy's case, and would likely lead to significant price increases at retailers across the board.

Though it's often overlooked in financial discussions of Amazon, about half of Amazon's sales come from third-party vendors operating through its marketplace. In that sense, the company is operating almost like a retail franchisor. Much like McDonald's franchises restaurants, Amazon uses its website, brand name, technology, and infrastructure to leverage its retail platform for third-party vendors, giving it similar advantages to a company like McDonald's. Franchising removes much of the risk of operating the underlying business, as Amazon can collect sales commissions and operating fees and sell services like Fulfillment by Amazon, which handles storage, picking, packing, and shipping for its third-party vendors, without the risk and hassle of actually selling the merchandise.

That marketplace system also means that Amazon itself would be protected from a border tax on about half of the merchandise sold on its website. The burden would instead fall on those third-party vendors, giving Amazon a clear advantage over brick-and-mortar retailers that do not have the luxury of passing the buck in such a way.

Furthermore, Amazon derives about 37% of sales from outside North America, which would not be subject to such a border tax, and its cloud-computing segment AWS, which generates billions in operating income, would also not be affected.

Amazon has also made a habit of tax avoidance in the past -- the company avoided charging sales tax for several years throughout much of the U.S., and only earlier this month began collecting sales tax in Arkansas.

Though the company didn't deliberately plan for such a border tax, it stands to benefit over its brick-and-mortar rivals in much the same way. At a time when traditional retailers are struggling with a myriad challenges from e-commerce and shifting shopping patterns, a border tax could put a knife in the back of many of Amazon's competitors. While it's still unclear if the tax will be implemented, such a tariff would only be one more reason to bet on Amazon's continued growth as it expands its competitive advantages over physical retailers.