John Bean Technologies (NYSE:JBT) has a unique combination of businesses under its corporate umbrella. On one hand, its AeroTech segment provides jetway bridges, tow tractors, and other ground support equipment to airlines and other airport users. Yet its FoodTech segment is vital for the food and beverage industry, with refrigeration and processing line equipment helping industrial customers with their needs. Coming into Monday's fourth-quarter financial report, JBT  Corporation investors were expecting mixed performance, including a slight drop in earnings but a nice rise in revenue. Instead, JBT ended up doing better than that, with substantial bottom-line growth.

Let's look more closely at John Bean Technologies to see how it did and what's ahead for the company in 2017. 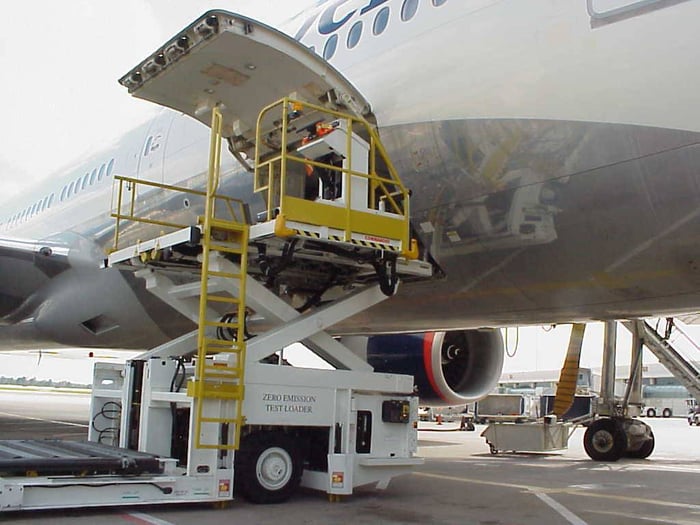 JBT's fourth-quarter results once again showed the strength of the company's business. Revenue climbed 14% to $405 million, which was well above the consensus forecast for 9% sales growth. The bottom line was even better, with JBT posting adjusted income from continuing operations of $25.4 million, up by more than a fifth from year-ago levels. That worked out to adjusted earnings of $0.85 per share, topping the $0.67 that most investors were expecting to see in per-share earnings.

Looking more closely at the numbers, JBT once again enjoyed substantial gains from its acquisition activity. Out of the 22% revenue growth that the company produced for the full 2016 year, 13 percentage points came from acquisitions, while organic growth weighed in at 9%.

Out of JBT's two main businesses, FoodTech retained its leadership in terms of growth. Sales for the segment jumped 17%, representing almost three-quarters of the company's overall business. AeroTech was up a more sluggish 8% on its top line. Similar results prevailed on the earnings front, with FoodTech boosting its pre-tax operating profit by 20% while AeroTech had to settle with a less impressive 10% gain.

Yet one area of mild concern came from inbound order volume. Companywide, JBT suffered an 8% drop in inbound orders, and AeroTech took the brunt of most of the decline. A drop of more than a fifth for the segment was worse than the roughly 1% drop in FoodTech inbound orders. However, backlogs improved, with gains in both segments bringing the total to $557 million.

John Bean CEO Tom Giacomini was quite happy with the results. "We ended the year with another strong performance," Giacomini said, "delivering excellent full-year gains in revenue and profitability." He was also enthusiastic about the company's prospects going forward.

John Bean Technologies continued to execute on its acquisition-led strategy. In addition to purchases of Cooling and Applied Technologies and Tipper Tie during the fourth quarter, JBT announced along with its earnings report that it would purchase high-pressure processing specialist Azure Technologies. In Giacomini's words, the acquisition will allow JBT to "offer our customers around the world a market-leading suite of food preservation solutions with broad application across both protein and liquid foods." The purchase will cost $57 million and result in about $50 million in additional annual revenue, with the merger being accretive to earnings by 2018.

JBT also has good expectations about 2017's fundamental performance. Revenue growth should come in at about 15%, with organic growth of 3% to 5% and the rest coming from acquisitions like Azure, CAT, and Tipper Tie. Earnings should be between $3.05 and $3.20 per share, which is higher than the $2.90-per-share consensus forecast among those following the stock. Flat year-over-year performance for the first quarter should stem from acquisition costs, preventing too much disappointment among investors.

John Bean shares gained slightly after the news came out, climbing a bit more than 1% in after-hours trading following the announcement. With so many things looking good for the company, John Bean Technologies has the potential to keep growing at a rapid pace and making its business look even more attractive in the long run.