Shares of Weibo (NASDAQ:WB) fell 16% on Feb. 23, after the Chinese social network reported its fourth-quarter earnings. Based on that decline, investors might initially think the company missed analyst forecasts.

But on the contrary, Weibo crushed Wall Street estimates on both the top and bottom lines, and its first-quarter sales guidance topped expectations. Let's look at six of the most impressive numbers from that report and see why they failed to lift Weibo stock. 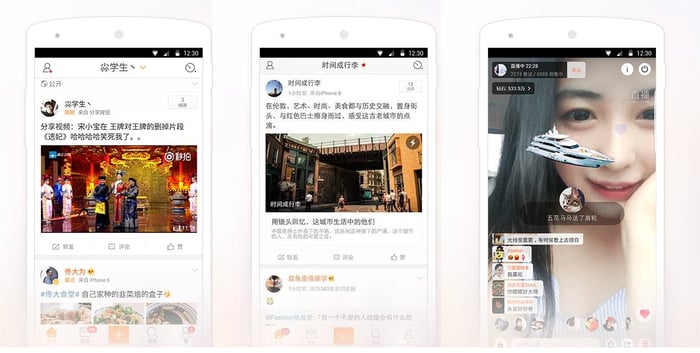 During the quarter, Weibo's revenue rose 43% annually to $213 million, beating expectations by $6 million and marking an acceleration from its 42% growth in the third quarter. By comparison, Twitter (NYSE:TWTR) -- which Weibo is frequently compared with -- grew its top line by less than 1% annually last quarter.

2. 45% growth in advertising and marketing revenue

Weibo's advertising and marketing revenue, boosted by its growth among smaller to medium-sized businesses, rose 45% to $188 million. That growth represents a stark contrast to Twitter, which reported a 0.5% decline in ad revenue last quarter.

Like Twitter, Weibo approaches live video with personal Periscope-like broadcasts and major contracts with content providers such as the NFL. But its live broadcasts have a revenue-generating twist on Weibo -- fans can buy virtual gifts for their favorite broadcasters, who keep a cut of each sale. 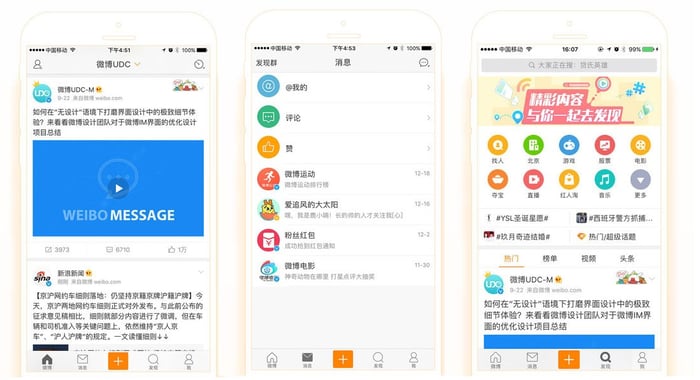 Weibo's monthly active users (MAUs) rose 33% annually to 313 million, and 90% of those users accessed the service from mobile devices. Daily active users (DAUs) grew 30% to 139 million. That impressive growth indicates that Weibo will soon eclipse Twitter -- which only grew its MAUs 4% annually to 319 million last quarter.

Weibo's growth probably won't peak anytime soon, since China has an internet penetration rate of just over 50% -- compared with a penetration rate of almost 90% in the United States. Moreover, it's the biggest "weibo" site ("weibo" means "microblogging") by a wide margin -- rival platforms such as Tencent Weibo and NetEase Weibo reach much smaller audiences.

6. Up to 59% sales growth for the first quarter

Weibo topped off all those impressive growth figures with a forecast for 55%-59% annual sales growth for the current quarter -- which crushed analyst expectations for 51% growth. Analysts expect Weibo's revenue to rise 46% this year, compared with 37% growth in 2016. Its non-GAAP earnings are expected to rise 56%.

So why did Weibo crash?

These six numbers indicate that Weibo stock should have soared, not crashed, after the fourth-quarter earnings report. However, investors should remember that Weibo stock already rallied more than 240% over the past 12 months, so it wasn't surprising to see some investors take profits. Moreover, the stock still trades at over 100 times GAAP earnings -- making it a pricey play in a frothy market.

Despite those valuation concerns, I believe that Weibo is still a great long-term buy for investors who believe it can maintain its streak of stellar top and bottom line growth. I'm still holding on to my position, and I'll consider any significant decline to be an opportunity to add more shares.