Just a couple weeks ago, 13F filings started flowing in, and Berkshire Hathaway's (NYSE:BRK.A) (NYSE:BRK.B) ownership disclosures showed that Warren Buffett nearly quadrupled his Apple (NASDAQ:AAPL) position in the fourth quarter. The Oracle of Omaha closed out 2016 with approximately 57.4 million shares, up from the 15.2 million shares Berkshire Hathaway was holding at the end of the third quarter.

Well, it turns out that Buffett wasn't done loading up on Apple. Not by a long shot.

Berkshire Hathaway is now the single largest holder of Apple

In an interview with CNBC this morning, Buffett shared some more about what Berkshire Hathaway has been buying in the early innings of 2017. Spoiler alert: even more Apple. Since the close of the fourth quarter that's covered by the 13F, Buffett said that Berkshire continued to buy shares up until earnings; Berkshire stopped buying shares after earnings when shares jumped. Berkshire more than doubled its Apple position during the month of January, and its total holdings are now approximately 133 million shares, valued at around $17 billion.

While doubling an already large position over the course of a month is already a pretty bullish signal to investors, it's even more bullish when you compound that over a longer period of time. As mentioned above, Berkshire finished the third quarter with 15.2 million shares, so a position of 133 million shares represents a nearly tenfold increase in just 4 months. Furthermore, shares are already up about 13% for February, so Berkshire's Apple position continues to perform well, as shares now trade at all-time highs.

As famously averse to tech as Buffett is, it's just as well known that he loves consistent cash flow. The Oracle notes that the iPhone is incredibly sticky, and so many people have integrated the device into their daily lives that it's become indispensable. Apple customers are also incredibly loyal, so they stick with the brand at a higher rate relative to other consumer electronics companies. That all feeds back into cash flow, since Apple is able to generate recurring hardware revenue with ongoing product cycles. 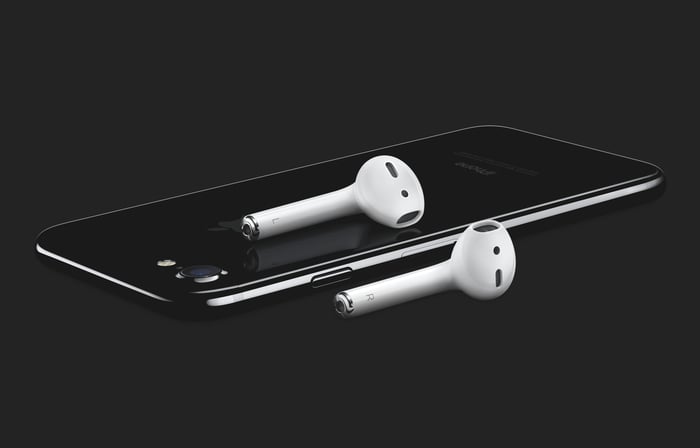 At this point, Berkshire is the single largest holder of Apple, with about a 2.5% stake in the company. The only companies that hold more shares are fund companies like Vanguard and Fidelity, among others, who aggregate their holdings across all funds for reporting purposes. That includes passive funds and ETFs that only hold Apple in order to track an underlying index, although there are certainly some active funds in the mix as well. For example, the single largest mutual fund holder of Apple is the Vanguard Total Stock Market Index Fund, a passive index fund that had 109.5 million shares at the end of January (Apple is its largest holding).

It's mildly ironic that an investor that's not into tech is now the largest owner of the largest tech company.