Shell made a big bet during the oil industry downturn. Is that putting its dividend at risk, or is the forecast for better days ahead?

Royal Dutch Shell Plc (RDS.B) is one of the highest yielding integrated energy giants, offering investors a dividend yield around 6.7%. That's toward the high end of the industry. A big reason for that is the acquisition Shell made during the oil downturn when competitors were mostly focusing on cutting costs. How safe is Shell today, and, perhaps more important, how safe is its dividend?

When oil prices started falling in mid-2014, every oil company got hit. Shell, for example, saw its top line fall roughly 45% between 2014 and 2016. The bottom line declined an even more painful 70%. That, however, was hardly a unique experience. Chevron (CVX 1.61%), for example, saw its earnings dip into the red for three consecutive quarters. 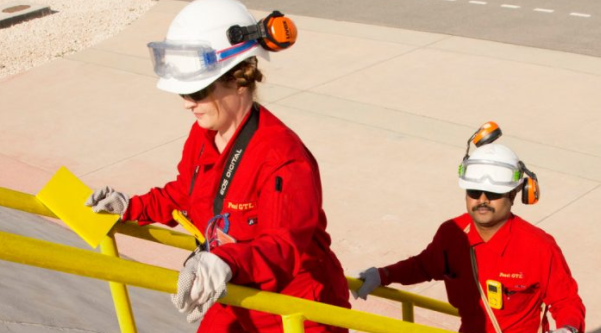 In response, energy companies throughout the oil and gas industry started to cut spending. Shell trimmed its capital spending roughly 30% over that span. The goal was to find a balance between what oil and gas companies were earning and what they were paying out in dividends and capital spending. ExxonMobil (XOM 2.77%), for example, trimmed CAPEX by nearly 50% over the same period. In other words, every company was feeling the pinch of an oil downturn.

What Shell did that was different than many of its peers, however, was spend roughly $50 billion on an acquisition. That added natural gas-focused BG Group to Shell's business, increasing its focus on a fuel that many believe will be a vital bridge between carbon fuels and clean energy. Shell is already one of the biggest players in natural gas, this redoubled its efforts. If the company's forecast for natural gas is even close to right, Shell is positioning itself to be a leader.

The problem with all of this is that buying BG Group meant adding a lot of debt. To be fair, as a group, the oil majors have been adding debt to protect their dividends and continue to invest for the future. But Shell's long-term debt increased around 50% over 2015's final figure, standing at $83 billion by the end of 2016. That's still a reasonable 30% of the capital structure, and it has $19 billion in cash on hand, so there's really little risk of Shell going under because of the deal. But it does put Shell toward the high end of the industry debt wise. 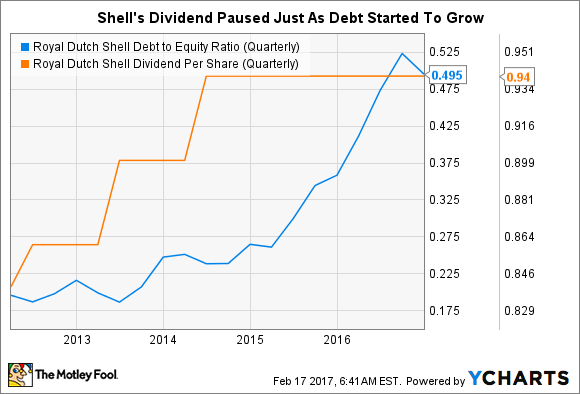 Which is why investors are concerned that the dividend may get sacrificed for the company's long-term goals. After all, Shell hasn't upped the annual payment in roughly three years and it's offering a scrip dividend to those who want it (scrip dividends are paid in stock instead of cash, lessening the cash flow burden of dividends). So, based on the evidence, a dividend cut wouldn't be an outlandish expectation... but it's getting increasingly less likely.

For starters, oil prices have rebounded off of their lows. That's solidifying Shell's top- and bottom-lines. For example, revenue and net income bottomed in the first quarter and then increased each quarter through the end of the year. Looking at cash flow, Shell burned around $850 million in cash in the fourth quarter. That number, however, was just 4% of its cash hoard and the span included paying down over $3 billion in long-term debt and minimal new borrowings. At the end of the day, Shell is getting pretty close to covering its dividend and capital spending with cash flow.

So if oil prices hold up, Shell's dividend is likely to remain intact. But what about that debt? Interest expense more than doubled in the fourth quarter... Shell is well aware of the debt overhang, which is why it's already paid down $3 billion worth of debt. To make that happen it sold around $2.7 billion worth of assets in the fourth quarter, with plans for more divestitures. In fact, it recently inked a deal to sell North Sea assets for $4.7 billion. And that won't be the last asset sale since Shell plans on shedding as much as $30 billion worth of assets to get its financial house back in order. 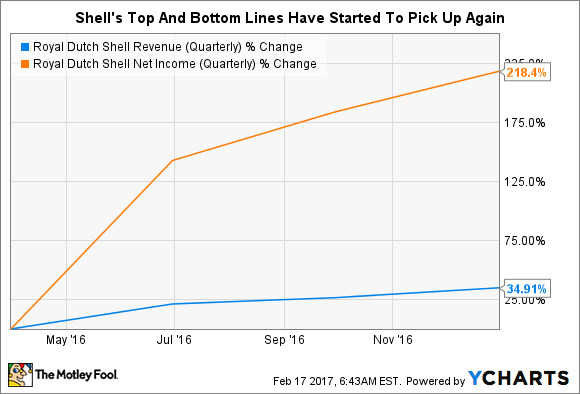 Shell's financials may get a little hard to read while it's selling businesses to pare debt, but at this point its dividend looks secure and every asset sale will make it even more secure.

Shell made an expensive acquisition at a time when you'd expect it to be circling the waggons. This move added a lot of debt right when the energy giant's top- and bottom-lines were coming under pressure from falling oil prices. However, Shell believes this is the right long-term move to position it more strongly in natural gas, a fuel that many believe will be an important bridge to a lower carbon future.

Strategically that was a solid decision. However, after taking on so much debt, investors are justifiably concerned that the dividend may get sacrificed. No doubt that's possible, but now that Shell has switched into debt reduction mode and oil prices have stabilized off their lows, it looks increasingly likely that the dividend will survive. And that makes now a good time to do a deep dive into Royal Dutch Shell and its impressive 6.7% yield.

Get the latest Royal Dutch Shell stock news and facts.