Tesla (NASDAQ:TSLA) is the highest-ranked American car brand, Consumer Reports said on Tuesday. The distinction is based on a combined score measuring owner satisfaction, road tests, predicted reliability, and safety. Ranked eighth overall, the seven top brands were based outside of the United States.

The ranking bodes well for Tesla's vehicle lineup as the company aims for Model S and Model X deliveries to increase 61% to 71% year over year in the first half of 2017. 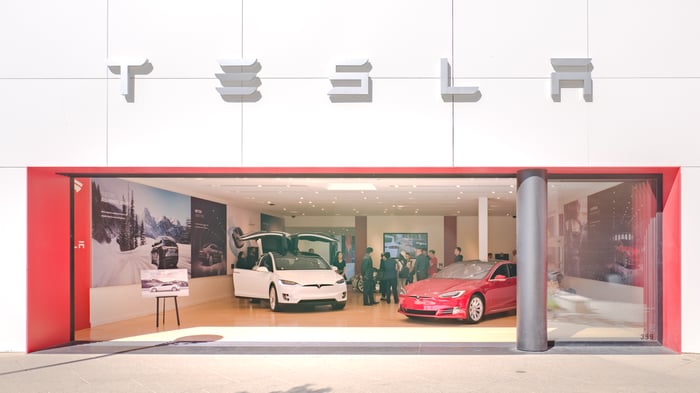 What Consumer Reports is saying about Tesla

Tesla can thank its top scores for owner satisfaction, performance, and safety for its high ranking among global auto brands, and for its top spot among U.S. brands. However, Tesla still lags many brands when it comes to reliability.

In Consumer Reports' most recent reliability survey, Tesla's Model S was given an "average" rating, but the company's late-2015 launched Model X SUV dragged down Tesla's overall reliability score. The SUV was ranked as the consumer rating magazine's sixth-least reliable vehicle in the reliability survey. This meant the Tesla's brand was dubbed "less reliable" and was ranked 25th among other car brands.

With its complex falcon-wing rear doors and its self-presenting front doors, the Model X's problems at the time of the Consumer Reports reliability survey were rampant. But Tesla asserts it has since addressed the issues present in the early Model X units. In Tesla's third-quarter shareholder letter, management said Model X issues decreased 92% between October 2015 and October 2016.

Consumer Reports' praise for Tesla as the top American car brand comes at a good time for the electric-car maker. While demand for Model S and the Model X doesn't appear to be a problem, the company undoubtedly wants orders for the two vehicles to continue upward throughout 2017 -- a feat easier said than done considering Model S is already outselling comparably priced large luxury sedans in the U.S., and the Model X already accounts for about 6% of U.S. large luxury SUV sales domestically. 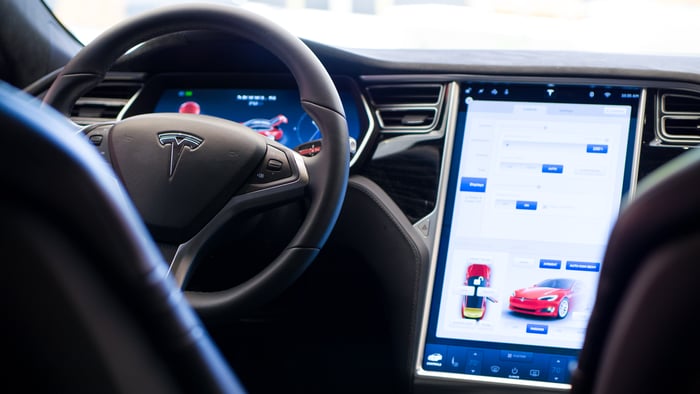 Demand generation for Model S and Model X in 2017 is particularly important ahead of Tesla's planned Model 3 launch in the second half of the year. With the lower-cost electric vehicle slated to begin production in July, Tesla is likely looking to maintain robust demand for its higher-priced Model S and X vehicles even as the first Model 3 deliveries near.

Of course, Consumer Reports' high regard for the Tesla brand could also help drive incremental reservations for the company's more affordable $35,000 Model 3. But Tesla isn't particularly in need of Model 3 demand, considering deposit-backed reservations for the vehicle sit around 400,000 units. Indeed, Tesla is actually "anti-selling" the vehicle in stores, pushing customers interested in Model 3 toward its Model S and Model X.