Cash from partners are paying the biotech's bills as its pipeline advances.

Ionis Pharmaceuticals (IONS -1.08%) reported fourth-quarter earnings on Tuesday. The biotech has two drugs on the market, but given Kynamro's low sales and the fact that spinal muscular atrophy drug Spinraza only launched in late December, most of the revenue came from partners who have licensed its drugs. Nevertheless, those payments helped drive Ionis into the black in the fourth quarter. 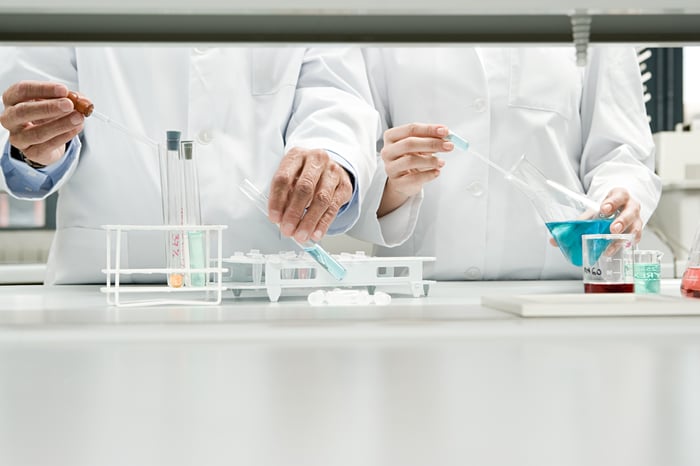 Biogen is in charge of the Spinraza launch, but Lynne Parshall, Ionis' chief operating officer, likes what she's seen so far:

"We are pleased with the urgency with which Biogen is undertaking this launch. For example, we received FDA approval just before the holidays on December 23. And by December 26, there were already teams in the field working with physicians to ensure the patients had access to Spinraza as rapidly as possible."

Ionis' chief financial officer Beth Hougen pointed out the economics on sales of Spinraza: "We earn tiered royalties on Spinraza sales. This means that, as Spinraza sales grow, so will our portion of those sales. The revenue we earned from these royalties is nearly all profit to us."

It's going to be a data-packed beginning of the year for Ionis with a readout from the phase 3 APPROACH study testing volanesorsen in patients with familial chylomicronemia syndrome expected in March. A little while later, sometime in the second quarter, Ionis will present data from the phase 3 NEURO-TTR study of IONIS-TTRRx in patients with familial amyloid polyneuropathy.

With the potential for both those drugs to get approved if the phase 3 trials are successful, Ionis is restocking the pipeline with plans to add three to five new drugs to the pipeline this year.

Adding the milestone payments to the Spinraza royalty payments, management thinks it can be breakeven or profitable at the operating line on a pro forma basis in 2017, which would allow the company to be cash-flow positive.