Shares of Dycom Industries (NYSE:DY), provider of specialty contracting services throughout the U.S. and in Canada, are up 14% in morning trading after the company announced fiscal second-quarter results on March 1, 2017.

Management also announced that the Board of Directors authorized an additional $75 million to repurchase shares of outstanding common stock over the next 18 months. Dycom Industries provided guidance for earnings per share of $1.11 to $1.24, compared to analysts' estimates of $1.14, and for top-line revenue to range between $715 million and $745 million for the fiscal third quarter. 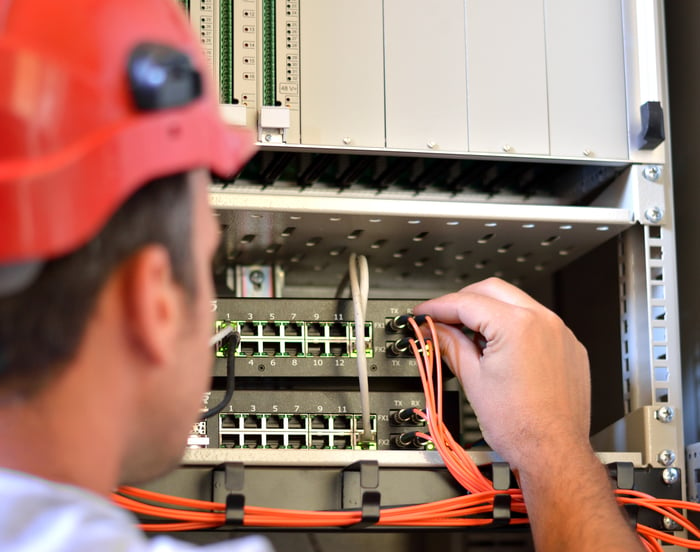 Dycom Industries has posted impressive double-digit adjusted organic growth over the past nine quarters, and that should continue to drive top- and bottom-line results at a time when emerging wireless technologies will drive strong wireline growth opportunities for the company. In addition to those opportunities, if management can capitalize on customers' consolidation of supply chains, the company has a chance to take market share in the quarters ahead.