The bookseller continues to battle lower traffic and softening sales trends over the past three months.

Barnes & Noble ( BKS ) released weaker-than-expected results for the fiscal third quarter 2017 ended January 28, 2017, punctuated by declining profitability, lower traffic, and the continued slide of the company's NOOK business during the crucial holiday season. Shares of the bookseller declined nearly 8% on Thursday as the market absorbed the news.

Let's take a closer look at what drove Barnes & Noble's business this quarter, as well as what investors can expect from the company going forward. 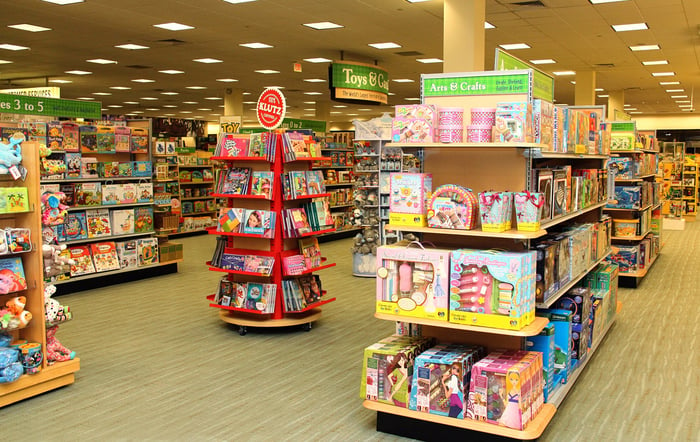 What happened with Barnes & Noble this quarter?

Last quarter, Barnes & Noble chairman and CEO Len Riggio insisted the company's sluggish sales were "directly related to the election cycle," expressing hope that sales would improve into the holiday season. Unfortunately that didn't turn out to be the case, according to management during the subsequent conference call, as Barnes & Noble endured "challenging traffic trends" similar to those reported of late by other retailers.

In fact, Riggio elaborated during the call:

There has been a measurable effect of this election that we noticed some time ago, and I've charted this over a long period of time. I was one to think that this would go away after the election, and it did just a little bit and our sales started to look like they were righting themselves. And it seemed like people were going back to their normal lives. Then we had the inauguration and it started again, and even more fiercely than we had experienced before.

What's more, despite an initial post-holiday improvement in sales, Barnes & Noble saw sales trends soften once again in late January, and persist so far into the current fiscal fourth quarter. As such, Barnes & Noble now expects full fiscal-year 2017 comparable-store sales to decline roughly 7%, while full-year adjusted EBITDA should be in the range of $180 million to $190 million, down from previous guidance of $200 million to $250 million. That range assumes fiscal 2017 retail EBITDA of $200 million to $210 million, down from $240 million to $280 million previously, and an EBITDA loss from the NOOK segment of $20 million -- an improvement from EBITDA losses of $30 million to $40 million expected before.

In the end, it's encouraging to see Barnes & Noble continuing to stem the losses of its NOOK segment. But it's difficult to be optimistic, as the performance of its core retail business continues to slide. Given Barnes & Noble's painful holiday quarter and reduced outlook, it's no surprise to see shares trading lower today.