Please ensure Javascript is enabled for purposes of website accessibility
Log In Help Join The Motley Fool
Free Article Join Over 1 Million Premium Members And Get More In-Depth Stock Guidance and Research
By Reuben Gregg Brewer - Mar 2, 2017 at 7:47AM

Hecla Mining produced more silver and gold in 2016 than ever before, and it thinks 2017 could be even better... But how much better?

Gold and silver miner Hecla Mining Company (HL 2.30%) had a blowout year production wise in 2016. Although most of the company's operating mines performed decently, the significant improvement was really the result of just one mining asset. So the outlook for 2017 is good, but investors shouldn't go into 2017 expecting production growth on par with 2016. Here's what you need to know... 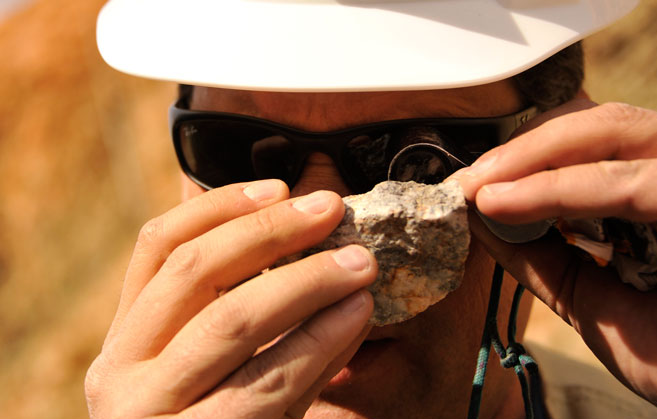 However, there's a lot more to those number than meets the eye. For example, silver production was up around 9% at Hecla's Greens Creek mine, with gold production falling a touch over 10%. Silver production increased a notable 18% (or so) at Lucky Friday. Casa Berardi, meanwhile, saw gold and silver production leap around 14% each in 2016. On the whole, those are pretty good numbers and investors should be generally pleased with the operating performance of the mines.

But alone that trio of mines can't explain the 46% gain in silver production or the 24% leap in gold. The big jump came from Hecla's San Sebastian mine in Mexico. San Sebastian began mining ore in December of 2015, so 2016 was its first full year of production for Hecla. Which helps explain why silver production at the mine increased an incredible 5,000%, with gold production ramping up a massive 3,800%. 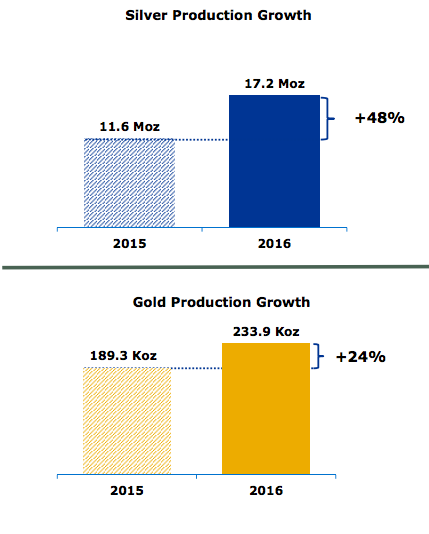 So when you look at Helca's record setting year, you need to understand that it was a new mine coming on line that really drove production growth.

Which is why investors can't go into 2017 expecing anything like a repeat despite CEO Phillips Baker's comment that, "Looking to 2017, we estimate our silver equivalent production will be higher than the record we set in 2016, benefiting from higher metals prices and strong performance from our mines." In fact, the production growth difference between the two years should be pretty material.

For example, Hecla is currently calling for 2017 silver production to come in between 14.0 and 15.5 million ounces. Gold production is expected to be in the range of 230,000 to 250,000 ounces. At the high end of each estimate, that will actually represent a nearly 10% decline in silver production and a modest 7% or so increase in gold. The silver number is vastly different from 2016, though gold's increase is lower, but not bad.

That said, Hecla's low-end estimate for silver would mean a nearly 20% decline in silver production. For gold the low-end estimate amounts to a roughly 1.5% production drop. Sure, 2017 might be another record year for Hecla production wise (heavily weighted toward gold), but it won't be a banner year like 2016. And if production comes up at the low end of the company's projections, there might not be any growth at all for silver or gold. While Hecla is working on the Rock Creek and Montanore mines, they are still in the permitting phase of development -- a long way from production.

The ramp up of the San Sebastian mine in Mexico was a huge boon to Hecla Mining's business in 2016. And it couldn't have come at a better time, with gold and silver prices moving higher just as the mine's production started to ramp up. This combination turned 2016 into a gangbuster year for Hecla. While the company is still working on growth projects, don't look for 2017 to match the production improvements seen last year. Incremental increases are all you should be expecting.