What has happened since Robert Greenberg increased his take in the company? And is it too late for investors to follow his lead?

Up until recently, good news had been in short supply for Skechers (SKX -1.86%) shareholders. The stock had fallen as much as 60% from all-time highs as sales growth slowed beyond what investors were hoping to see.

The stock has started to rebound as of late, though. For those who missed the bargain-basement levels, one thing could have provided a hint that it was time to buy. 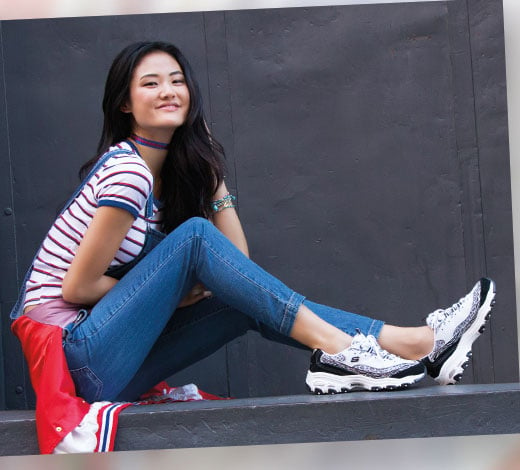 In a disclosure filed with the Securities and Exchange Commission on Nov. 30, Skechers founder and CEO Robert Greenberg was revealed to have bought 500,000 shares of the company. The purchases broke down to 250,000 shares purchased on Nov. 28 for $22.18 and another 250,000 the next day for $21.75. That puts the total investment amount at just shy of $11 million.

The investment was made through the Greenberg Family Trust. According to the SEC disclosure, Greenberg owns another 277,693 shares directly.

At the time of the purchase, Skechers had recently hit a new 52-week low of $19 per share, its lowest price since the first half of 2015. Prices plunged after the company missed third quarter performance expectations and issued weaker-than-expected guidance for the holiday shopping season.

On the news of the Greenberg purchase, however, the stock rallied more than 20%. That rebound has mostly held through the fourth quarter report, which showed a year-over-year sales increase of 5.8% and record annual sales of $3.56 billion. 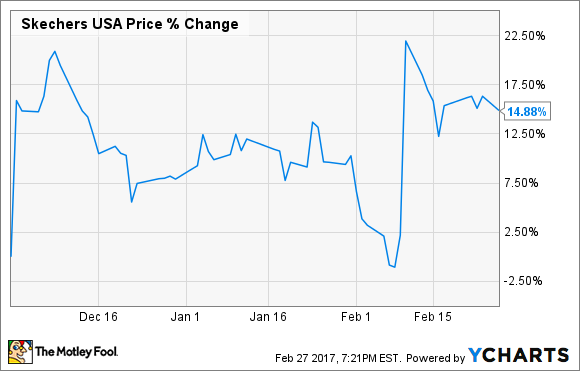 As of this writing, the Greenberg Family Trust is over $1.5 million richer as a result of the investment.

Should investors buy, too?

After the quick rally in share prices, Skechers still looks like a good bet. Even in the midst of the stock's collapse over the past few years, the company itself never stopped growing. Revenue is up over 80% since 2013. While profits have declined in the past year, much of that drop has to do with the company's aggressive expansion of stores in overseas markets. During the fourth quarter, international wholesale grew 17.1%, including a 48.5% increase in China alone. 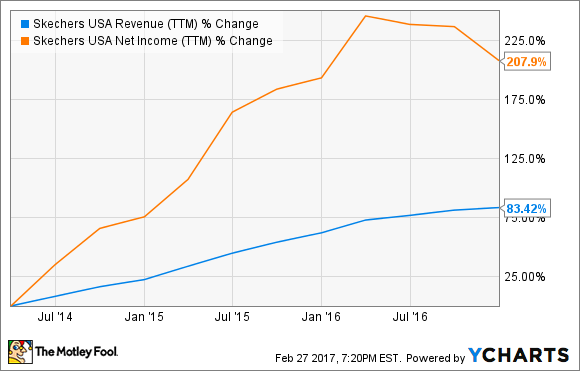 The company's outlook is still worth getting excited about, too. For the first quarter, management expects total sales between $1.050 billion and $1.075 billion. If all goes as projected, that would be a year-over-year bump of 7%. Management sees earnings per share falling from $0.63 last year to between $0.50 and $0.55 as expansion efforts outside the U.S. continue.

Based on analyst estimates for 2017 profits, Skechers has a forward price-to-earnings ratio of about 14 times. That compares favorably with its biggest competitors Nike and Under Armour, which are trading at 25 and 44 times, respectively. Skechers looks like a good value in that context, if you ask me.

The Greenberg family's substantial purchase highlights the importance of buying shares of quality companies that Wall Street has for whatever reason fallen out of love with. It's a lesson all investors should reflect on: If a company you believe in goes on sale, ignore the headlines and buy more shares.

It also underlines the value in owning businesses with executive management that has skin in the game along with you. CEO Robert Greenberg had the confidence and willingness to up his take in the company, and that is just another reason for shareholders to be optimistic going forward.