Continued adoption of Micron's GDDR5X memory by graphics specialist NVIDIA is a potential positive for the former.

Memory specialist Micron (MU -2.95%) derived 61% of its total revenue last quarter from sales of dynamic random access memory, or DRAM, a type of memory that's a necessary part of today's computing devices -- from smartphones to supercomputers.

Micron says that of its DRAM revenue, "mid-20s" percent of it came from what it refers to as "Specialty DRAM," which the company says "includes networking, graphics, automotive, and other embedded technologies." 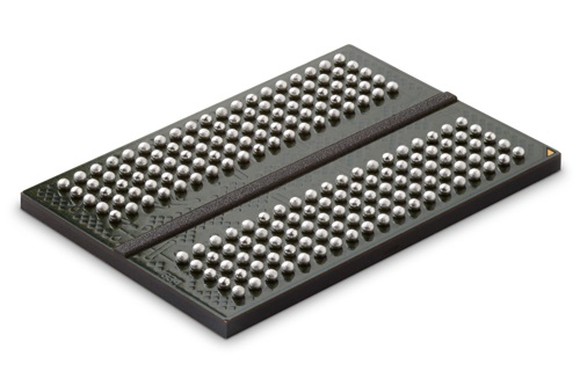 In a previous article, I went over how Micron has done a solid job of executing in the graphics portion of its specialty DRAM business. In a nutshell, the top high-performance gaming and workstation graphics processors from graphics processor leader NVIDIA (NVDA -4.20%) use a type of memory called GDDR5X that, today, only Micron provides.

Today, I'd like to go over why NVIDIA's recent product announcements represent a positive for Micron.

Standalone gaming graphics processors generally require a good deal of specialized, high-performance graphics memory to be included with them. That memory has, in recent years, been a technology known as GDDR5.

However, in May of 2016, NVIDIA announced a new graphics processor known as the GeForce GTX 1080 that used a new type of memory known as GDDR5X. GDDR5X is essentially a souped-up version of GDDR5 that enables greater memory bandwidth (the rate at which the graphics processor can read/write data to the memory).

There are multiple vendors of vanilla GDDR5 memory, but only Micron builds GDDR5X today. So, to the extent that NVIDIA increases its mix of GDDR5X-equipped products, Micron should benefit from both market share gains (no opportunity for multisourcing) as well as potential average selling price increases (no competition and higher delivered value should mean Micron can command more for GDDR5X than it can for GDDR5). 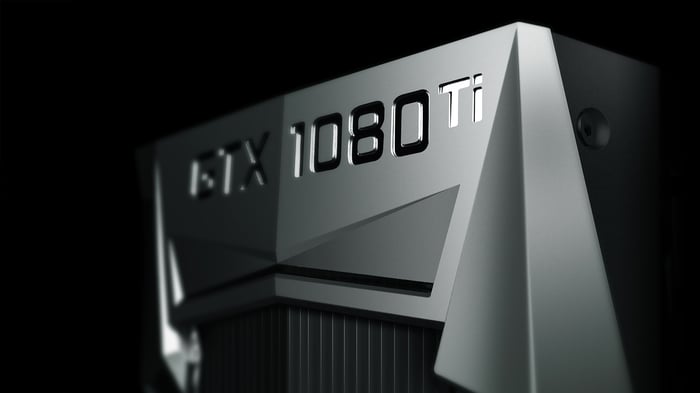 And, finally, NVIDIA announced that it would allow its add-in-board partners to offer optional variants of the GeForce GTX 1080 equipped with the slightly faster GDDR5X chips used in the 1080 Ti compared to those used in the original 1080.

It's not hard to see how these developments could help Micron:

In a nutshell, NVIDIA is using GDDR5X across more of its gaming products, those gaming products now span a wider range of price points, and it is even using faster (and potentially higher value) GDDR5X chips in some cards today compared to what it used a year ago.