Like other tech IPOs, Snap Inc (NYSE:SNAP) comes with plenty of risk. It has only two years of financial records under its belt, with just $58 million in revenue in 2015, and the future of its platform and business model, while full of potential, is mostly a question mark at this time.

Though Facebook (NASDAQ:FB) has been a roaring success since overcoming challenges following its 2012 IPO, the market has seen other tech debuts fizzle, including Twitter (NYSE:TWTR), Groupon, Pandora, Zynga, and others. 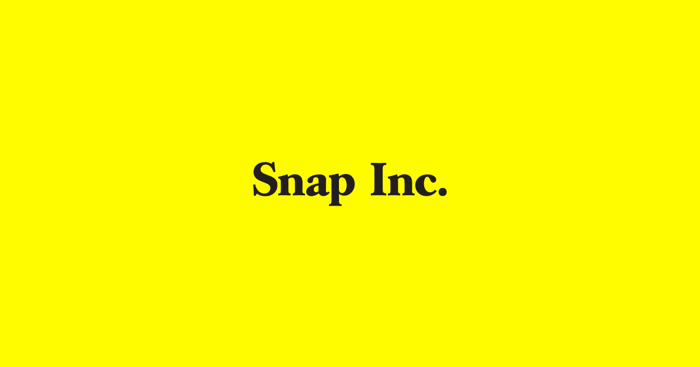 Snap doesn't define itself as a social media company, but the manner in which Snapchat connects users is similar to Twitter or Facebook, as well as Facebook subsidiaries Whats App and Instagram, so it's natural for the new IPO to draw comparisons to its older competitors.

The good news here for investors is that Snap seems to bear more in common with the high-flying Facebook than lowly Twitter. Here are three reasons why.

This is much faster growth than Twitter saw when it was of comparable size. From the first nine months in 2012 to the first nine months of 2013 -- the time leading up to Twitter's IPO -- its revenue grew just 106% $422.2 million. Twitter, founded in 2006, was older at that point than Snapchat, which launched its trademark product in 2011, is now. Twitter's revenue growth has since slowed to almost zero.

In the year before Facebook's 2012 IPO, revenue grew at 88%, a similar rate to Twitter's, but it had already reached $3.7 billion in revenue by 2011. Facebook's revenue growth has also held up much longer, hitting 51% in its most recent quarter.

Snapchat's user base is already bigger than Twitter's, as its daily active users reached 161 million in its most recent quarter, compared to Twitter, which today has only an estimated 140 million daily users.

Behind Twitter's problems with slowing revenue growth and a lack of profits has been a revolving a door at the executive suite. At the time of its IPO, the company had already had three different CEOs, and since its debut there's been another reshuffle as co-Founder Jack Dorsey returned to the helm in 2015, replacing Dick Costolo. Dorsey has also been serving as CEO of Square during his current stint, adding to complications.

Twitter has also seen upheaval in other executive positions, as its COO and CTO have both left in recent months.

Snap, meanwhile, has had much more consistency in its leadership. Both of its co-founders remain in the two key executive positions -- Evan Spiegel serves as CEO, while Robert Murphy is CTO.

That stability resembles Facebook, where founder Mark Zuckerberg continues to lead the company today, and his #2, Sheryl Sandberg, has been COO at the social giant since 2008.

It's hard to understate what consistent leadership means to these kinds of companies, as so much of their success is based on the decisions they make and will need to make in the future. Among the wise decisions, Snap's leaders have made was the now-validated move to reject Facebook's 2013 offer to acquire it for $3 billion.

Finally, Snap has found success at something that Twitter still hasn't -- ad engagement. Twitter has been touting "video" as the next frontier in its advertising for years, but the company has been unsuccessful in making that pivot as it is ultimately a text-based information site.

Snapchat, on the other hand, is built almost entirely on video. While Twitter has relied on promoted tweets, which have mostly fallen flat with advertisers, Snapchat has harnessed creative forms of advertising like branded lenses that users can add to their photos. Such promotions are expensive, costing in the six figures for 24 hours of promotion.

Advertisers have been pleased with the results -- a Taco Bell lens, for example, was viewed 224 million times. Snapchat stories also allow for video ads to be inserted seamlessly while users are viewing their friends' stories. That Snapchat skews toward millennials has also helped credibility with advertisers significantly.

While Snapchat cannot offer the targeting that Facebook can, the app offers a unique platform that no one else can really match. That's something Twitter hasn't figured out.

Though Snapchat looks to be in a better position than Twitter, there are still plenty of risks with the stock, including that it posted a net loss of $514.6 million last year, and is valued at more than 50 times last year's sales based on its IPO price.

Still, Snapchat's growth, leadership, and engagement seem to bode well for its long-term prospects. Big things could be in store for tech's latest debutante.