At this point, it's well-known that Intel (INTC 0.05%) is planning to release a fourth wave of products built using its 14-nanometer chip manufacturing technology, as the company's upcoming 10-nanometer technology continues to face yield and, therefore, cost structure challenges.

The good news is that this fourth wave of 14-nanometer products is expected to feature both implementation and manufacturing technology improvements that should enable both higher performance and lower power consumption -- something that Intel's major customers (i.e., large personal computer vendors) will certainly appreciate. 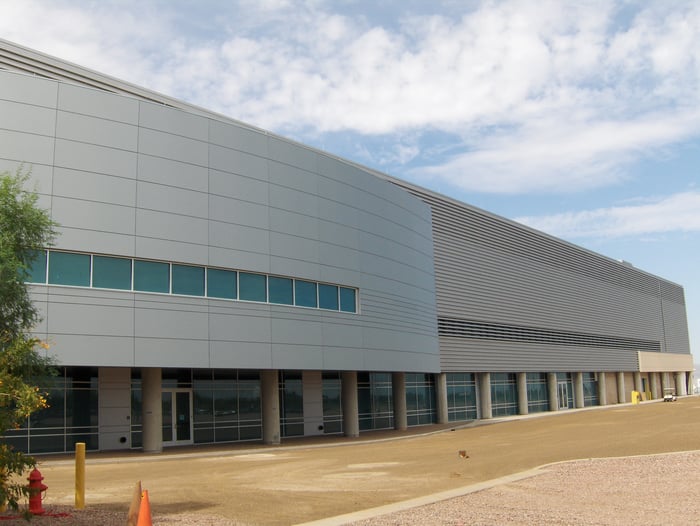 Here, I'd like to go over one additional way that Intel can improve the power efficiency of its next-generation platforms.

Migrating the PCH to 14-nano tech

Every Intel Core processor requires a separate support chip, known as a Platform Controller Hub (PCH), to function. Here's how Intel describes a PCH, also known as a chipset, in its most recent form 10-K filing (opens in PDF):

A chipset sends data between the microprocessor and input, display, and storage devices, such as the keyboard, mouse, monitor, hard drive or solid-state drive, and optical disc drives. Chipsets extend the audio, video, and other capabilities of many systems and perform essential logic functions, such as balancing the performance of the system and removing bottlenecks.

The PCH can either be found as a separate chip mounted on the motherboard of the computer or it can reside on the same CPU package as the main processor itself. In applications that are more limited in power and space (e.g., thin and light notebooks and 2-in-1 notebook/tablet hybrids), the PCH is generally located on the CPU package, whereas less power/space sensitive applications (e.g., desktop computers) usually have the PCH as a stand-alone chip on the motherboard.

These migrations to new manufacturing technologies helped the company to both reduce the power that its PCH chips consumed while at the same time allowing it to add more features and functionality.

Do the logistics work out?

It may seem like a good idea from a product capability perspective for Intel to build its next PCH chips on 14-nanometer technology rather than on 22-nanometer technology, but for this to be feasible, it needs to have planned its manufacturing capacity on various technology generations around such a transition.

In particular, for this to be feasible, Intel needs to have significantly reduced the amount of 22-nanometer capacity that it has online right now, as those factories are being used to crank out the PCH chips for Intel's current notebook and desktop personal computer platforms. It also needs to have enough 14-nanometer capacity in place to handle the increased demand for 14-nanometer chips that such a migration would entail.

I think that both conditions have been met.

At the same time, BlueFin Research Partners recently said that the company's Fab 24 in Ireland has "reached full 14[-nanometer] capacity" and that Intel is "increasing their [sic] 14[-nanometer] product mix another 4-5% in the June quarter" at its Fab 32 in Arizona. (Fab 32 currently produces chips on the company's 22-nanometer and 14-nanometer technologies.)

Migrating the PCH chips to 14-nanometer in the second half of 2017 seems like a good way to both improve its next-generation products while also keeping its 14-nanometer production lines full.