While Tesla's (NASDAQ:TSLA) fourth-quarter earnings release a few weeks ago included a handful of nuggets for investors, including the company's current financial situation and management's guidance for vehicle sales and capital spending in the first half of the year, Tesla's lengthy earnings call arguably boasted some of the most important updates on the company.

Here are the four most insightful quotes from Tesla CEO Elon Musk during the electric-car maker's fourth quarter earnings call (via an S&P Capital IQ transcript). 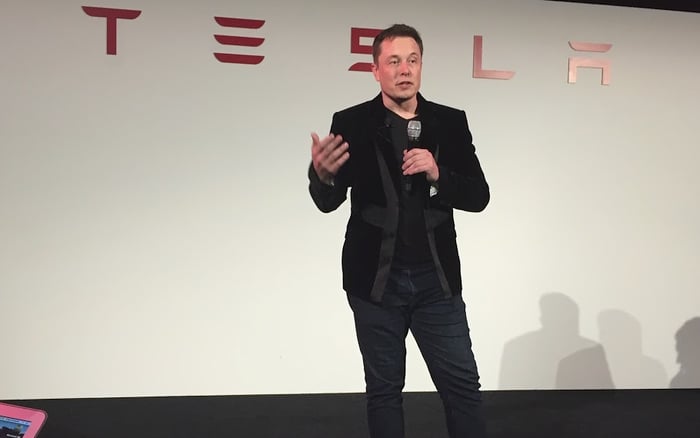 I expect to remain with Tesla essentially forever unless somebody kicks me out. So that remains my intention. And I've been pursuing the sort of Mars thing at SpaceX and the same energy at Tesla for a long time ... So I think it's going through a pretty good rhythm.

As Tesla prepares to spend between $2 billion and $2.5 billion on capital expenditures during the first half of 2017 as it prepares to begin production of its high-volume Model 3 in July, Musk said Tesla is likely to raise capital soon in order to reduce the increased risk that could arise as spending soars and cash reserves dwindle.

Well -- so this is really a question of what's the risk tolerance of the company or how close to the edge that we want to go. According to our financial plan, no capital needs to be raised for the Model 3, right. We get very close to the edge. So then that's probably not the best thing for shareholders on a risk-adjusted basis. So we're considering a number of options, but I think it probably makes sense to raise capital to reduce risk.

Tesla is aiming to build 500,000 vehicles next year

In Tesla's first-quarter update last May, the company surprisingly advanced its already ambitious build plan by moving its target for achieving annualized production of 500,000 units two years earlier, from 2020 to 2018. Given that Tesla is only producing vehicles at a run rate of about 100,000 units today, the target still looks both lofty and unrealistic to many investors. It's no surprise, then, that analysts wanted to see if Musk was still confident in Tesla's ability to hit this massive target as 2018 draws closer. 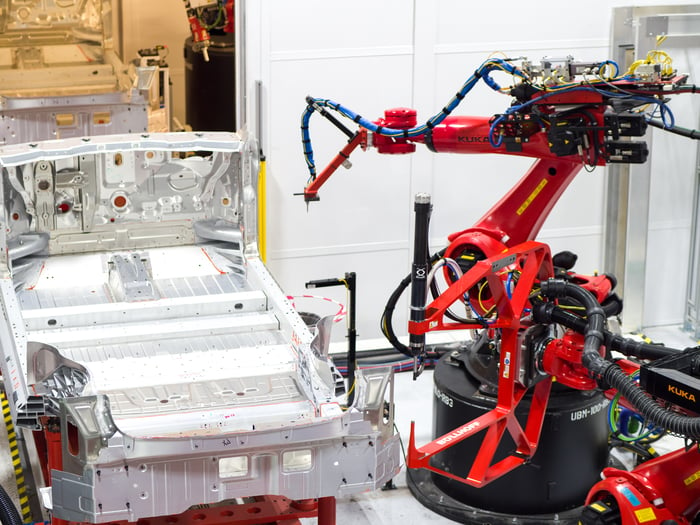 When asked about whether Musk still believed the company could hit this target, Musk responded confidently:

The Gigafactory should support up to one million vehicles per year

Asked if Tesla's Gigafactory in Nevada is on track to support annual battery production for 500,000 fully electric vehicles in 2018 and one million vehicles annually in 2020, Musk said it was. Further, Musk shared some simple math for investors to give the big numbers of battery capacity coming out of the factory some context:

Yes. So the -- depending on what you assume the average pack size is. But if you say it's somewhere around the 60 to 70 kilowatt hour level, then you need 70 gigawatt hours to get to 1 million. And we think that the cell level and then we think the kind of Gigafactory should actually be able to do in excess of 100 gigawatt hours. So that leaves probably a big Gigafactory 1 can manage -- it can support -- there were probably 1 million vehicles a year plus maybe something like 30 gigawatt hours or so of storage depending upon how fast the storage market grows.

In other words, Musk believes the Gigafactory will be able to support annual production of about one million vehicles, in addition to 30-gigawatt hours of energy storage.

Going forward, investors should keep a close eye on Tesla's ability to ramp up both vehicle and battery production, as well as look for details on a likely capital raise ahead of Model 3.