Please ensure Javascript is enabled for purposes of website accessibility
Log In Help Join The Motley Fool
Free Article Join Over 1 Million Premium Members And Get More In-Depth Stock Guidance and Research
By Rick Munarriz - Mar 6, 2017 at 9:19AM

The regional telco takes a hit after posting poorly received quarterly results. An analyst responds by downgrading the stock.

We need to frame Frontier's growth appropriately for a fair comparison. The $10.54 billion deal  for Verizon's (VZ 0.17%) wireline operations in California, Texas, and Florida added millions of revenue-padding accounts is inflating Frontier's financial performance. The deal closed during the second quarter, so pitting Frontier's fourth quarter to its third quarter is the best gauge, and the sequential comparison is pretty problematic.

Revenue slipped from $2.52 million during the third quarter. A chunk of that shortfall came from the resolution of the Verizon-acquired accounts that were determined to deadbeat customers, but there were still sequential declines in both Verizon and its legacy residential accounts. Frontier Communications went from servicing an 5.04 million residential customers at the end of September to 4.89 million three months later. It had 5.23 million residential accounts at the end of the second quarter. Making matters worse, those who did stick around are paying less for service. Average monthly residential revenue per customer has declined from $82.34 to $80.33 between the third and fourth quarters. There was also a sequential dip in its corporate accounts and the average spent by those clients. 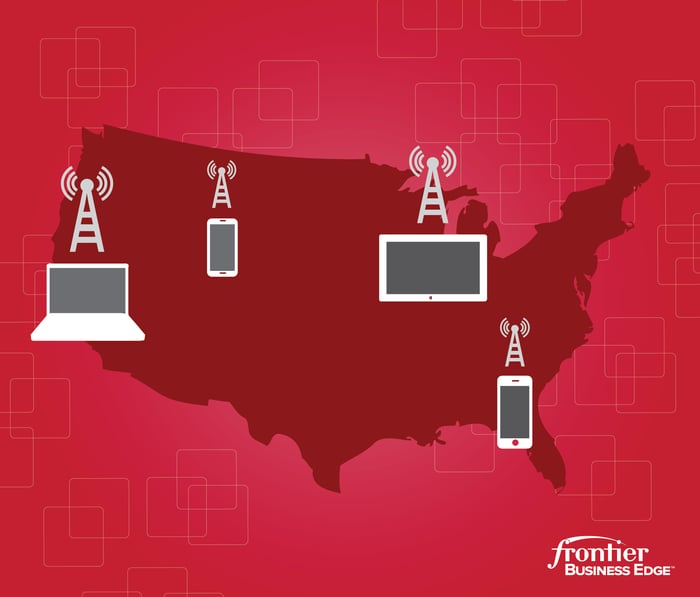 The news didn't get any better on the bottom line, where Frontier's net loss widened to $0.12 a share. Income investors flocking to Frontier for its juicy dividend -- yielding 14.6% after last week's slide -- should be rightfully worried about the telco's ability to sustain its lofty distributions as organic revenue shrinks and deficits keep mounting.

Frontier is tackling its overhead. Frontier expects annualized cost synergies to come to $1.6 billion by the middle of next year, up from its earlier target of $1.4 billion in savings by mid-2019.

Volatility has become an old friend for Frontier shareholders. If last week's nearly 15% slide seems fierce, investors suffered a 23% hit for the week when it posted rough third-quarter results three months ago.

Frontier stock also hasn't been kind outside of earnings announcements. The shares hit their lowest level in more than a decade on Thursday.

JPMorgan analyst Philip Cusick downgraded the stock following the rough quarter, taking his rating from overweight to neutral. Frontier's guidance for free cash flow in the year ahead -- eyeing between $800 million and $1 billion adjusted free cash flow for all of 2017 -- is disappointing, and Cusick wonders about the sustainability of its beefy payouts. He is suspending his price target on the stock.

Frontier isn't toast. However, there are some real challenges as it tries to upgrade its offerings and its support while still shaving costs. Investors tempted by the fat dividend will want to make sure that the stock doesn't suffer yet another double-digit percentage hit when it reports first-quarter results in a few months. A big dividend isn't a deal if the stock is falling by a lot more than the distributions.