Will Biodelivery Sciences have any more success commercializing Belbuca?

It's not every day you see a struggling biotech get handed a rapidly growing drug on a silver platter. However, that could be exactly what happened to Biodelivery Sciences (BDSI) after receiving back a potentially game-changing pain medication from the troubled Endo Pharmaceuticals (ENDP 4.19%) last year. However, with net income still deeply negative, Biodelivery seems like it might have just been gifted a powerful cannon -- but not enough black powder to fire it. 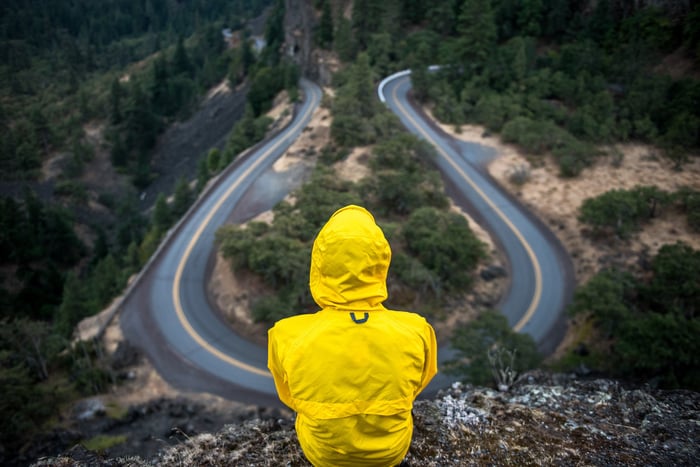 Belbuca was developed in a partnership between Endo and Biodelivery and was approved by the FDA in October of 2015 for the treatment of chronic pain severe enough to require daily, around-the-clock, long-term opioid treatment. Belbuca is administered inside the cheek and utilizes Biodelivery's patented BioErodible MucoAdhesive (BEMA®) drug delivery technology. The original agreement between the two companies was that Endo would use its considerable history and reach in pain management to commercialize Belbuca. Biodelivery, meanwhile, would be eligible for a mid- to upper-teens royalty on sales of the product.

Towards the end of last year, due to a change in company direction, Endo Pharmaceuticals returned the worldwide rights of Belbuca to Biodelivery Sciences. Along with an estimated $90 million to $100 million in cost savings for next year, Endo cited a desire to focus on its core franchises, stating "The product no longer aligns with Endo's U.S. branded segment strategy and our focus on core assets."

Is this the boost Biodelivery Sciences needs?

The unexpected return of Belbuca rights to Biodelivery contains with it both risks and potential rewards. While Biodelivery is now eligible for all the potential profits resulting from sales of Belbuca, the company is now also responsible for overseeing the launch and commercialization efforts of the product. To this end, the company has announced it will be hiring 19 new sales reps, including 14 of the highest-performing sales reps from Endo to bring Biodelivery's existing cohort of sales reps to 65. While this will be substantially smaller than the sales force that pushed Belbuca at Endo, Biodelivery has announced that they will be specifically focusing on the high-prescribing physicians of buprenorphine.

In terms of economics, Belbuca will undoubtedly serve as a key asset for Biodelivery. With twice the profitability per script of Biodelivery's other pain product, Bunavail (a buccal film indicated for treatment of opioid dependence), the $27 million sales run rate of Belbuca acheived by Endo will immediately be accretive to Biodelivery's revenue and earnings. In addition, unlike Bunavail, which has to fight for market share against existing leader Suboxone, Belbuca has several substantive advantages over existing long-acting opioids (LAOs). For example, versus other LAOs, Belbuca has lower rates of constipation, lower rates of withdrawal, and a lower likelihood for abuse. For these reasons, Biodelivery's salesforce has decided to switch their focus from promoting Bunavail to promoting Belbuca.

While Belbuca does offer the possibility of better economics for Biodelivery, it is always more expensive to commercialize two products rather than one -- and for Biodelivery, this could pose quite the challenge. In terms of cash, Biodelivery is currently sitting on $45 million in cash and cash equivalents. That's down from $57 million in the prior quarter -- indicating a burn rate of around $12 million per quarter -- and that's before having to promote both Bunavail and Belbuca. While Biodelivery did recently announce the closing of a $45 million credit facility, this would likely only extend the company's cash runway for at most another year.

In terms of revenue, as mentioned earlier, Belbuca is currently progressing at around a $27 million run rate. As of last quarter, total revenues for Biodelivery Sciences for the first 3 quarters of 2016 came to just over $6 million on the back of Bunavail. So, the switch in focus from Bunavail to Belbuca makes financial sense.

Looking forward, analysts have projected peak sales of Belbuca to reach $300 million to $400 million. For a company trading at below a $100 million market cap, it seems that the market does not believe Biodelivery will be successful at commercializing this product (biotechs generally trade for around 3 times peak sales of their lead product). However, I believe that current valuation levels represent firesale prices and that there may be substantial opportunity for upside at these depressed levels. For the very risk-tolerant investor, I'd call Biodelivery Sciences a buy.

Why Shares of BioDelivery Sciences International Jumped 12.2% on Monday

Why BioDelivery Sciences International Stock Was Up 28.5% Monday