Please ensure Javascript is enabled for purposes of website accessibility
Log In Help Join The Motley Fool
Free Article Join Over 1 Million Premium Members And Get More In-Depth Stock Guidance and Research
By Brian Feroldi - Mar 6, 2017 at 8:09AM

Shares picked up steam during the month. Was this the simple reason behind the rally?

According to data from S&P Global Market Intelligence, shares of Vertex Pharmaceuticals (VRTX 3.19%), a large-cap biotech focused on rare diseases, rose by 5% in February.

It was a quiet month for Vertex. The company didn't issue a single press release or attend an investor conference during the month that could help to justify the move. There weren't any analyst upgrades during the period, either. 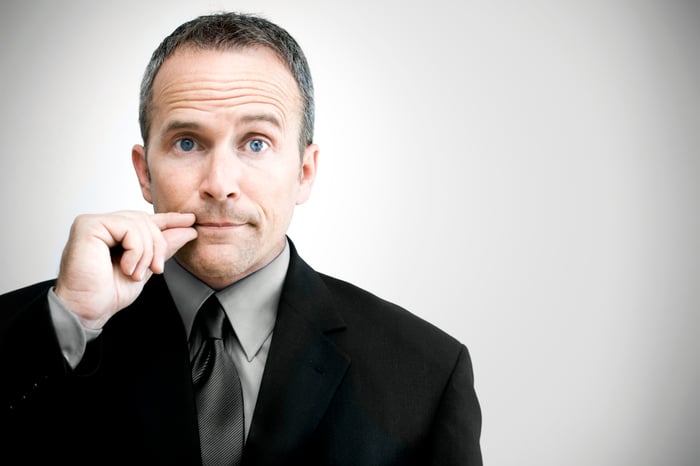 So why did shares rally? The likely reason is that the company simply benefited from the general rally in the biotechnology sector. The iShares Nasdaq Biotechnology ETF (IBB 1.72%) -- an ETF that owns a number of large-cap biotechnology stocks -- gained 6% during the month. That move closely matches Vertex's rise. 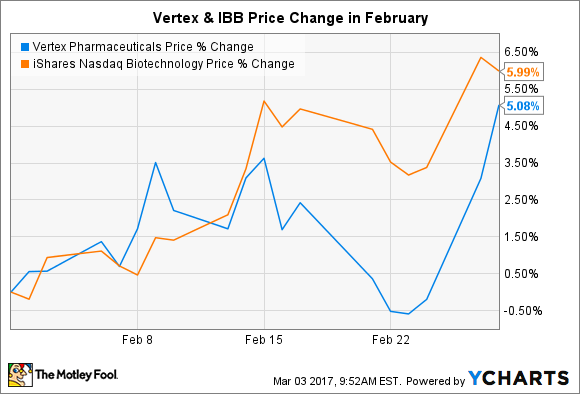 It is also worth pointing out that Vertex's stock jumped by a strong 17% in January. That hints that the stock could have caught the attention of traders who buy based on momentum, which could have also contributed to the gains.

2017 promises to be a transformative year for Vertex. Using the midpoint of its guidance range, management expects the company to grow its top-line by more than 13%. Better yet, non-GAAP spending on R&D and SG&A are only expected to grow by 5%. If the company can hit those figures then it should be able to produce a nice profit for the full year.

Beyond the financials, investors can also look forward to a number of clinical updates. The company is expecting Phase 3 data from its tezacaftor/ivacafrot product candidate in the first half of this year. Phase 2 data readouts are also expected from VX-440 and VX-152. Both of these drugs promise to be next-generation drugs for treating Cystic Fibrosis and both already have fast-track designation from the FDA.

With profits on the way and an advancing pipeline, Vertex is providing investors with plenty of reasons for investors to feel bullish about the year ahead. While the company's shares are richly priced, this might be a high-growth biotech stock that is worth paying a premium to own.