An analysis of Intel's three-year financial guidance suggests that it expects to stay in Apple's notebook computers over that time frame.

Rumors are swirling that microprocessor giant Intel (INTC -0.96%) may be on the verge of losing its spot as the supplier of the processors that power Apple's (AAPL -1.77%) iMac desktop and MacBook notebook products.

Hypotheses range from Apple's designing its own chip for the Mac to speculation that Apple will use chips from alternative processor vendors. However, I believe that based on Intel's recent commentary at its Feb. 9 investor day, it is unlikely that the company is going to lose these orders. 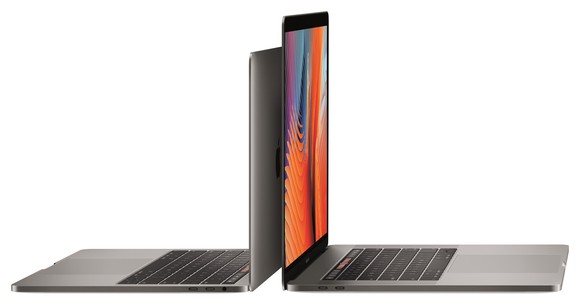 If Intel were to lose some -- or all -- of the Mac processor orders, this would manifest as a reduction in the company's Client Computing Group (CCG) revenue and operating profits. If we estimate that Apple pays an average of $200 for Intel processors and related components, then that's $4 billion in revenue that could potentially be at risk.

Put another way, if that $4 billion were to disappear (or drop significantly), then Intel could potentially see more than 10% of its CCG revenue vanish. That wouldn't be the end of the world, but it's the sort of thing that would sting.

At its investor day, Intel said that it expects its revenue in CCG to decline at a "low-single-digits" pace -- or an average of 1%-3% annually over the next three years. If we compound the low and high ends of that range, Intel is planning for between a 3% and a 9% decline in CCG revenue from 2016 levels by the end of 2019.

Here's a translation to hard dollar figures: Intel is planning for CCG revenue to drop by a total of between $1 billion and $3 billion in that three-year period -- $2 billion at the midpoint.

Putting the numbers together

If Intel expects the PC processor total addressable market to drop by around $2 billion by 2021 and is planning for "low-single-digit" declines in CCG through 2019 (a $2 billion decline at the midpoint), then it doesn't look to me like the company is guiding for significant personal-computer processor revenue share loss.

Now, it's worth noting that forecasts this long out aren't going to be perfect, but Intel likely has visibility into the personal-computer design win pipelines at its various customers, including Apple. If Apple were preparing to shift away from Intel processors for Macs released over the next couple of years, then Intel would likely be aware of that imminent shift and should have included that expectation in its multi-year forecast.

Based on this analysis, I don't think Intel investors ought to worry too much about Apple's switching away from Intel processors anytime soon in its MacBook or iMac products.

Over the long term, however, anything is possible, so Intel will have to make sure that it has an increasingly compelling product pipeline to keep Apple interested.