Shares of Activision Blizzard, Inc. (NASDAQ:ATVI) had another great month in February, rising 12.2%, according to data provided by S&P Global Market Intelligence, after reporting strong earnings to end 2016. The company seems to have cracked the code on how to create and distribute great content in a digital world. 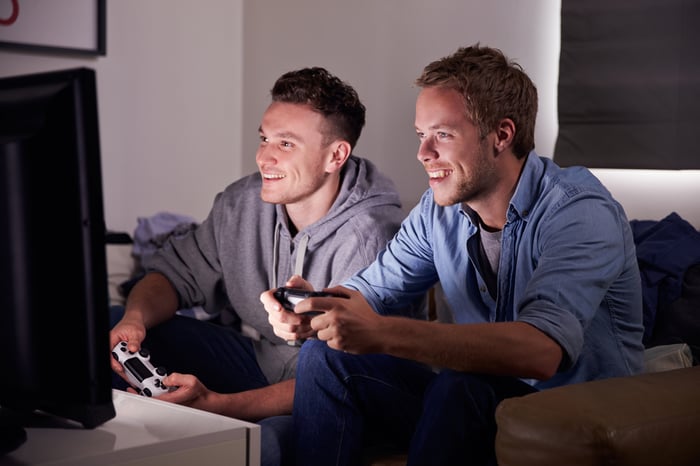 The broad theme was that Activision Blizzard has cracked the digital gaming business in a way no other company has. Games like World of Warcraft have a loyal following and constant revenue stream and now Overwatch is being tacked on to that business. In-game purchases for King Digital and Activision games are also picking up, with over $1 billion in sales in the last quarter alone. User engagement combined with a model for monetizing content is a potent combination that's taking hold.

It's hard to argue that Activision Blizzard's operations aren't performing about as well as anyone can expect. But shares are now pricing in a lot of future growth at 36 times trailing earnings. That's not a problem today while operations are hitting on all cylinders, but if there are any slip-ups, the stock could give back the kind of gains we saw last month.

Keep an eye on upcoming earnings to see if the incredible performance continues or if it comes back down to earth because that's what will determine where the stock goes in the next few months.