Last week, management at Veeva Systems (NYSE:VEEV) reported earnings that investors have become accustomed to. In fact, shareholders have been downright spoiled: both the top and bottom lines came in ahead of expectations; annual sales growth from Veeva's non-CRM division came in at a blistering 113%. 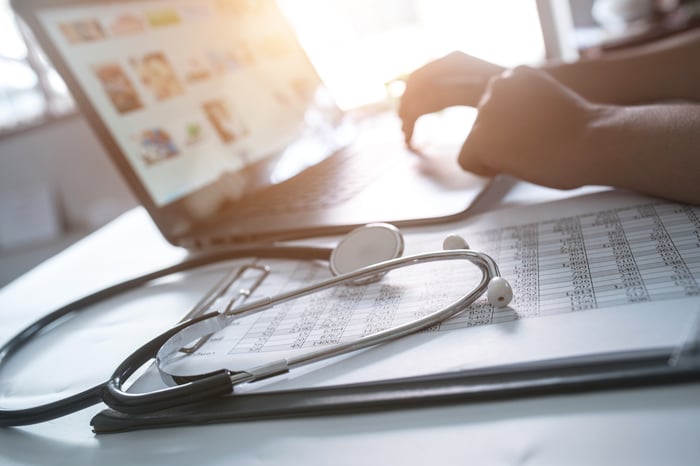 But the devil is in the details. And there were definitely details of note that investors should know about coming from the company's conference call.

1.) A new growth driver within Vault

Veeva got its start with a simple CRM suite that helped drug companies manage their sales force. Since then, however, its expanded into Vault -- an application that can help a pharmaceutical company do everything from manage the drug approval process to collect data from patient trials.

One of the newest growth drivers within Vault comes from a focus on meeting federal regulations. In fact, CEO and founder Peter Gassner said that the company signed two large companies onto Vault because of its regulatory application within Vault:

We believe we're at the start of a major transformation cycle in regulatory technology. We're seeing great traction with Vault RIM...The number of our regulatory customers and the size of our regulatory pipeline has more than doubled since last year.

There are so many moving pieces within Vault that they can be hard to keep track of. But with Gassner dedicating a significant portion of his prepared remarks to the company's RIM solution, it'll be worth keeping tabs on how many customers are signing up for Vault regulatory solutions.

2.) The early stages of optionality

One of the big surprises last year was Gassner's assertion that word-of-mouth reviews of Vault were so positive that the company was considering offering the service outside of the pharmaceutical industry. Gassner affirmed that the company would be making that move and clarified where Veeva would be focusing its efforts.

What we're looking for is companies that are governed by some types of regulation or they have some type of health and safety concerns. So, certainly, chemicals are in there, CPG [Consumer packaged goods], food, all types of regulated services... What we're finding is they are just on a lot of legacy software. Sometimes a lot of homegrown software, legacy client server, a lot of disparate systems, no clear leader.

Veeva will be offering a Vault product dubbed QualityOne. This is a combination of Vault QualityDocs and Vault QMS (Quality Management Systems). Think of it as a unified and open data collection.

If the cloud solutions that companies in these three industries (chemicals, CPG, and food) currently have are as outdated as Gassner says they are, this could be an enormous opportunity for Veeva over time. The company's total addressable market could multiple by many factors depending upon the reception of QualityDocs.

Earnings and revenue growth rates were torrid in 2016. That can be a blessing and a curse; as such, management wants shareholders to reset their expectations.

Earnings growth (non-GAAP), on the other hand, is only expected to jump 7% on the year. That's not much for a company with an expensive price tag like Veeva. But it all has to do with the company's plan to reinvest in itself.

This is consistent with the initial full year profit guidance that we provided on the last call and represents our plans to invest aggressively across the areas of our business, which we believe will drive long-term growth, like our newer Vault products and our initiative to move outside of life sciences.

It's hard to blame management for taking this approach, given the success of Vault so far. Investors just need to be aware that profitability jumps are unlikely over the short-term as management lays the foundation for continued growth both inside and outside of the pharmaceutical industry.