Main Street Capital (NYSE:MAIN) has investments in nearly 200 businesses. Most of its investments have rather ordinary, binary outcomes: Either the borrower repays a loan or it doesn't.

But some investments have a wider range of potential outcomes. An outlier in the business development company (BDC) industry, Main Street Capital also makes equity investments in companies, some of which have grown to be very important to the BDC's earnings. 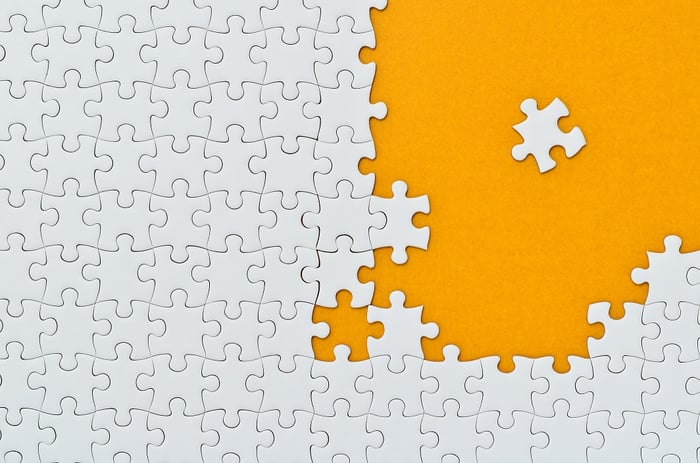 Over the last two years, a select group of investments that I call Main Street's "Big Six" have produced roughly half of its dividend income, or about 13% of its net investment income. (You can think of these six being responsible for one of the two special dividends Main Street Capital pays its own shareholders each year.) 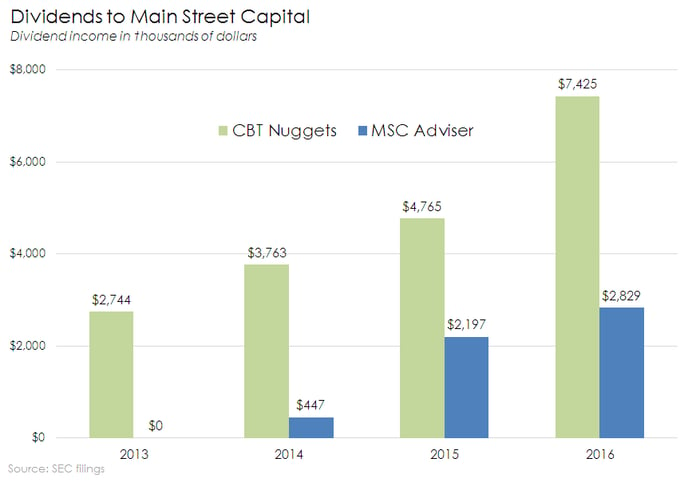 Not all investments have been as consistently good as CBT Nuggets or MSC Adviser for so long. Portfolio company Travis Acquisition paid a large dividend back to Main Street Capital this year, but only when it was sold to a strategic acquirer. A big contributor to 2016's results, Travis Acquisition won't be around to produce any more big paydays, and it wasn't a major player in Main Street Capital's results up until the 2016 sale.

Some stars burn out

Like people, all companies have an expiration date; some are just further out in the future than others.

For years, a portfolio company by the name of Gulf Manufacturing was a perennial producer in Main Street Capital's portfolio, delivering bigger dividends and fueling unrealized gains year after year. But then came disaster for the oil industry. Oil prices dropped just as the company expanded its capacity, and demand for its core products (pipes, fittings, and flanges) likely declined as a result of reduced energy industry spending.

Dividends have declined over the last few years, and in the surest sign of a declining outlook, Main Street Capital marked down the equity from $16.5 million at the end of 2014 to just $8.8 million as of Dec. 31, 2016. 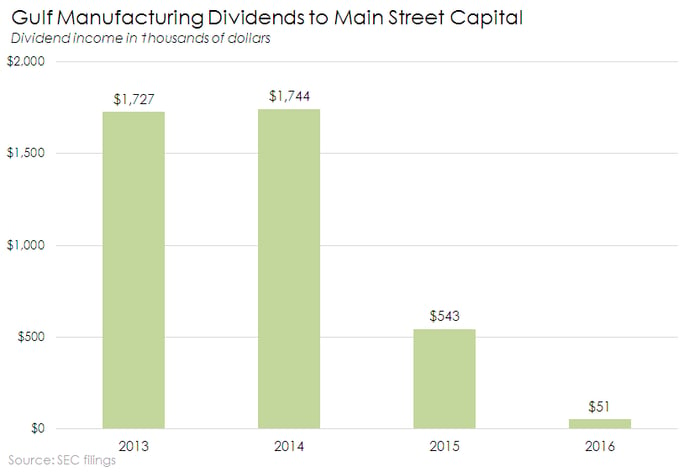 Which one of Main Street Capital's businesses could emerge as another CBT Nuggets or MSC Adviser?

My money is on Gamber-Johnson Holdings, which joined the portfolio when Main Street Capital invested in June 2016.

Gamber-Johnson produces rugged computer mounts like those that you'd find inside police cruisers or in fleet and utility vehicles. Main Street Capital participated in a deal in which Gamber-Johnson was merged with a Canadian peer after the end of the most recent quarter.

Main Street Capital has already recorded about $404,000 in dividend income from its investment, an interesting development since its portfolio companies do not typically start paying dividends until years after Main Street takes a stake. Most importantly, the BDC carried the whole investment at a 10% premium to cost at the end of December, which is an obvious sign of Main Street Capital's optimistic view of the company's prospects.

There are no guarantees, of course, but given the premium mark and the trickle of dividends in 2016, this company could be a very promising investment in Main Street Capital's portfolio.