When a stock carves out a new 52-week low, there's no guarantee that it's a good deal. Sure, the price is lower than it's been over the past year, but there's often a good reason for the decline.

In some cases the market goes too far, beating down a stock beyond what can be justified by the fundamentals. Zoe's Kitchen (NYSE:ZOES), Monster Beverage (NASDAQ:MNST), Bed Bath & Beyond (NASDAQ:BBBY), and Occidental Petroleum (NYSE:OXY) are four good examples of stocks that could be in for major recoveries.

This restaurant is down but not out

Brian Feroldi (Zoe's Kitchen): Investors in the Mediterranean-inspired fast-food chain Zoe's Kitchen have had a rough couple of months. Same-store sales growth has decelerated and management was forced to cut its full-year 2016 guidance. Add in rising labor costs that are weighing on profits, and it's understandable that growth investors have been dumping their shares. The pummeling has gotten so bad that the company now trades at the lowest point since its 2014 IPO. 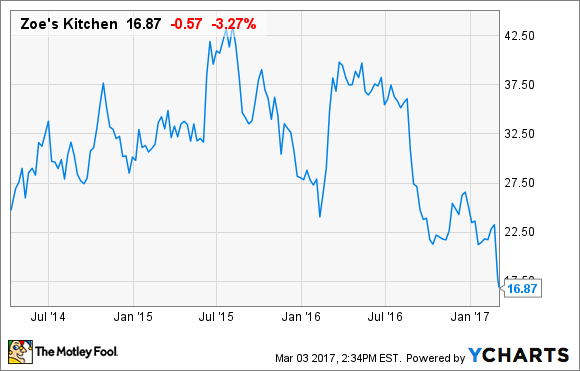 While it is true that the same-store sales declines are worrisome, I can't help but feel that the selling is overdone. After all, this company is still reporting positive comp growth, which is something that few other restaurants can claim. In addition, Zoe's top line continues to grow at a healthy pace, rising more than 17% last quarter. While the growth is primarily being driven by new store openings, it's a solid figure nonetheless.

Looking ahead, I think that Zoe's management team has an interesting plan to reignite comp growth. The company is investing in its website and mobile app in an effort to drive an improved experience and prompt more visits. The company is also adding new features that should make it easier for customers to order catering or delivery. Finally, Zoe's is planning on tweaking its menu to bring in new dishes.

While it is still unknown if these strategies will work, I think the company deserves the benefit of the doubt. In addition, the company believes that the U.S. can ultimately support 1,600 locations. That leaves plenty of room left for growth from today's store base of only 150 locations.

All in all, Zoe's Kitchen continues to look poised for double-digit revenue growth from here. If you agree, then picking up shares while they are on sale could prove to be a profit-friendly move.

This stock will wake you up

Dan Caplinger (Monster Beverage): Monster Beverage is one of the best-performing stocks of the 21st century, so it's surprising to some to see the energy-drink giant trading near 52-week lows. However, Monster has had to deal with slowing growth in past quarters, and the strength of the U.S. dollar put some currency-related pressure on its financial numbers as well. What had once been an extremely high-growth company looked like it might be maturing, and that was bad news for a stock that had seen the very expensive valuations that investors tend to put on energetic performers like Monster. 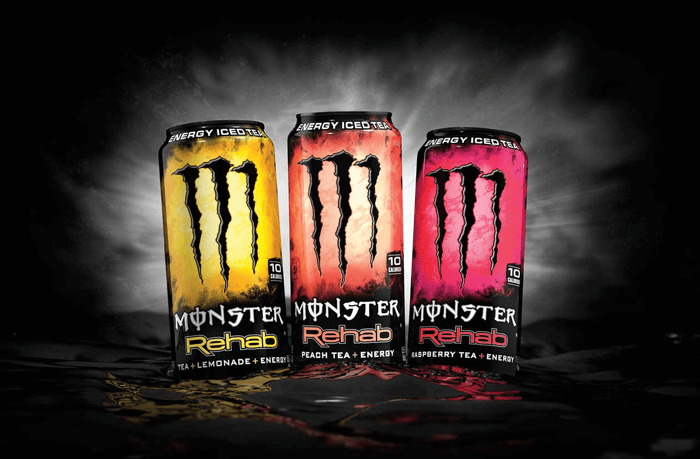 However, in its most recent quarterly results, Monster has gotten some of its energy back. The company reported a 17% rise in revenue, taking net income up by roughly a quarter as it rides its core selection of energy beverages higher. Also, Monster has increasingly taken advantage of its strategic partnership with Coca-Cola by using the cola giant's distribution network both domestically and internationally. That offers the prospect of more efficient operations, and that in turn could not only boost profits but also open up new markets in areas of the world that have a lot of promise for energy-drink sales.

Admittedly, even near 52-week lows, Monster appears richly valued, trading at about 30 times forward earnings estimates. However, with good prospects to get its growth mojo back, Monster Beverage is definitely worth a closer look for investors willing to take some risk.

Tim Green (Bed Bath & Beyond): Retail has always been a tough business, but a combination of excessive retail square footage and the continued growth of e-commerce will put even more pressure on weaker retailers in the coming years. Pessimism has driven down the price of retailers' stocks across the board, creating some bargains among the stronger players. Bed Bath & Beyond is one example.

Investing in Bed Bath & Beyond certainly comes with some risk. The company has a long track record of producing solid margins, but we're in uncharted territory. E-commerce is accounting for an increasing portion of retail sales each year, forcing brick-and-mortar retailers to get more aggressive on price in order to drive store traffic. Bed Bath & Beyond is not immune from these trends.

Still, with the stock trading for about 8.5 times trailing-12-month earnings and the company producing operating margins around 10%, shares of Bed Bath & Beyond could surge if the company manages to navigate the next few years without as much trouble as the market is expecting. Margins have been in decline over the past five years, with share buybacks helping to prop up per-share earnings, so the company will need to find a way to reverse that trend. If Bed Bath & Beyond can stabilize the bottom line, buying near the 52-week low will turn out to have been a great idea.

Matt DiLallo (Occidental Petroleum): Oil giant Occidental Petroleum isn't the company it once was. That's because it shed several assets over the past few years to improve its returns and focus on its best growth prospects. As a result, production has declined from a peak of 763,000 barrels of oil equivalent per day in 2013 down to 630,000 barrels per day last year. That declining production, as well as a recent sell-off in oil prices, has the stock currently sitting at a 52-week low.

That sell-off, however, looks like a buying opportunity for long-term investors. That's because Occidental Petroleum has gotten its costs down to the point where it can start growing again at current oil prices, which should eventually get production back up to its former peak even if oil doesn't recover any further. Fueling that outlook is the fact that Occidental currently controls the largest acreage position in the low-cost Permian Basin. Overall, the company has 11,650 drilling locations remaining, 2,500 of which have break-even points below $50 per barrel. That sub-$50 drilling inventory alone is enough to last Occidental 14 years at a 10-rig drilling pace, which is above the company's current six-to-nine-rig pace. Furthermore, that current drilling pace supports 20% compound annual production growth through 2019 out of the company's Permian resources, which would fuel 5% to 8% annual growth in companywide production.

What makes Occidental a great oil stock to consider buying right now is the fact that it can deliver highly profitable growth at lower oil prices thanks to its prime position in the Permian. That growth alone should eventually lift the stock from its current low. Meanwhile, if oil prices do improve, the stock could rebound sharply because Occidental has the resource base and the financial strength to quickly ramp up its Permian production to capture those higher prices.