A common mistake for retirees is to invest too conservatively. Not having enough of your retirement portfolio in stocks, for example, can result in running out of money too quickly.

However, some stocks are horrible choices for retirees. Here's how three in particular, Celldex Therapeutics (NASDAQ:CLDX), Exelixis (NASDAQ:EXEL), and Frontier Communications (OTC:FTR), exemplify the kinds of stocks that retirees should avoid. 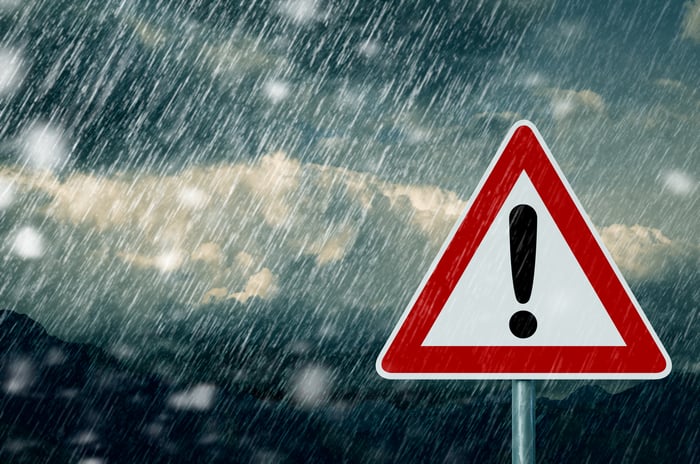 Retirees should generally avoid speculative stocks. That's why Celldex Therapeutics isn't a good fit as a major holding for most retirement portfolios.

Celldex ranked among the worst biotech stocks of 2016. The company's lead product, Rintega, flopped in a late-stage study for treating a type of brain cancer. Celldex's share price is now more than 75% below where it was at the beginning of last year.

Clinical failures are simply a fact of life with biotechs. With a large drugmaker, a single clinical setback typically doesn't cause too much damage to the stock price. But for a small biotech like Celldex with no approved products, a failure can be catastrophic.

The major disappointment with Rintega wasn't the end of the road for Celldex, however. The biotech still has several promising candidates in its pipeline. It's entirely possible that Celldex emerges as a huge winner in coming years. For retirees, though, the potential reward probably isn't worth the risk.

Too expensive with no dividend

Another biotech stock, Exelixis, represents a different kind of issue for retirees. Unlike Celldex, Exelixis has enjoyed tremendous success recently. The stock landed a spot among the top biotech stocks of 2016.

Exelixis' share price has more than quadrupled since the beginning of last year. The company's star drug, Cabometyx, has captured significant market share as a secondary treatment of kidney cancer. Even better, results from a clinical study showed that the drug could be more effective as a primary treatment for kidney cancer than the current leading product on the market.

So why is this terrific biotech stock a terrible choice for retirees? First, a key priority for retirees is to obtain a steady income stream. Exelixis doesn't pay a dividend and isn't likely to do so for a long time to come -- if ever.

Another factor that makes Exelixis a less attractive choice for retirees is the stock's valuation. The biotech stock trades at nearly 44 times its expected earnings. That sky-high valuation doesn't mean that Exelixis stock won't go up even more. It potentially will. However, stocks priced at a premium are vulnerable to any bump in the road. Retirees are better off with a less volatile investment alternative.

Too risky even with an attractive dividend yield

Frontier's dividend yield currently stands at nearly 15%. For retirees who want income, that might seem awfully tempting. It's better to stay away from this stock, though.

The telecommunications company has lost money for two consecutive years. We're not talking about a small loss either. Between 2015 and 2016, Frontier reported total losses exceeding $900 million. Its share price has dropped by more than 40% since early last year.

Frontier has cut its dividend a couple of times in recent years. More cuts could be on the way. Although the company has enough cash flow to fund operations despite losing money, it eventually will need profits to fund dividend payments. Retirees should be wary of any stock that claims a high dividend yield but remains unprofitable for extended periods -- like Frontier.

The best stocks for retirees

If you're a retiree or nearing retirement, the best stocks will probably be the exact opposites of Celldex, Exelixis, and Frontier.

Stocks should remain an important component of retirement accounts. Just avoid the wrong kinds of stocks and go with better alternatives.