President Trump promised in his inauguration speech to create 25 million new jobs for Americans in the next decade. A new report indicates one way to help get to that goal is to allow states that have legalized marijuana to move forward uninterrupted.

New Frontier Data, which specializes in data analysis for the cannabis industry, recently published a report projecting that legalized marijuana will create close to 300,000 jobs over the next three years. But is this projection realistic? 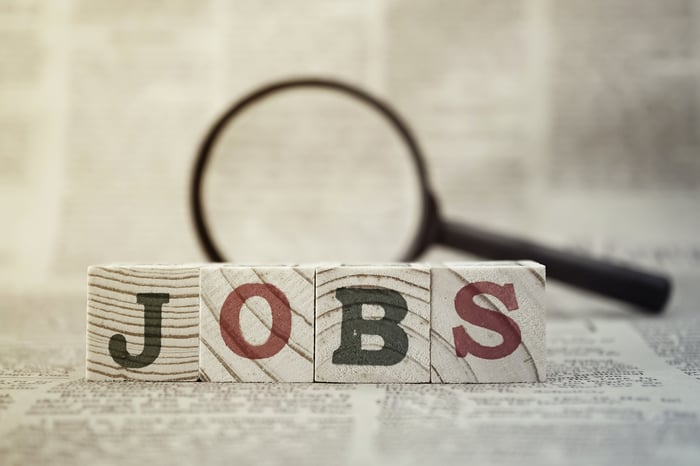 Colorado was the first state to legalize recreational marijuana, changing its laws in 2013 with legalization taking effect in 2014. At the end of 2015, over 2,500 businesses were licensed in Colorado to sell marijuana, according to research performed by the state's Department of Public Safety.

These new businesses are estimated to have created 20,000 new jobs in Colorado. There has also been a positive but unmeasured impact on jobs with ancillary businesses. But that's just in one state.

Since Colorado legalized recreational marijuana, another seven states plus the District of Columbia have followed suit. The total population of these seven states and one district is more than 11 times the size of Colorado's population. (California's population alone is seven times larger than that of Colorado.)

Based on population, it makes sense that at least 220,000 jobs could be created due to legalized recreational marijuana in these states. But what about the remaining jobs needed to arrive at New Frontier Data's estimated total?

What kind of jobs

Many of the jobs created by marijuana growers pay quite nicely. A "grow master" with primary responsibilities for cultivating strains of marijuana can make $100,000 in some cases. Marijuana dispensaries need store managers just like other retailers; salaries for these store managers can be up to $75,000.

As with any industry, though, there are more lower-paying jobs than high-paying jobs. Employees who cut marijuana flowers from stems, called "bud trimmers," typically make around $13 per hour. Marijuana growers also need workers for jobs similar to those at other companies, including packaging staff, delivery drivers, receptionists, and retail sales staff.

Most marijuana companies won't generate a large number of jobs. If we look at Colorado, for example, dividing 20,000 jobs by roughly 2,500 businesses gives an average of eight jobs per business.

Medical Marijuana's employee count hints at something that the job estimates from New Frontier Data don't mention: Many of the jobs created by the industry are contract or part-time positions. A quick look at one of the jobs sites that focus on the marijuana industry, like 420careers.com, shows quite a few part-time and freelance jobs listed.

The White House has indicated that it plans to enforce federal laws related to recreational use of marijuana, but views medical marijuana differently. A crackdown by the U.S. Drug Enforcement Administration (DEA) could make the marijuana jobs projections disappear like a puff of smoke.

However, if the Trump administration looks at estimates from the U.S. Bureau of Labor Statistics, perhaps it could change its tune. The federal agency projects that only 13 industries will create more jobs by 2024 than the marijuana industry could in just three years. Twenty major industries will lose a combined 1.2 million jobs.

Will the jobs outlook for the marijuana industry help influence federal policies? Perhaps not. However, for the president to reach his goal of creating 25 million jobs over the next decade, he'll need all the help he can get. There could be at least a sliver of hope, for marijuana companies and their investors, that the Trump administration will leave marijuana alone.