A major shareholder is partially cashing out by selling nearly half of its stake.

Shares of NCR Corp. (NCR 5.21%) slumped on Monday after the company announced that it had reached an agreement with Blackstone which will allow the asset management company to sell some of its NCR convertible preferred shares prior to the end of the lock-up period. NCR also increased its authorization for share repurchases and updated its full-year guidance to reflect the transaction. As of 3:30 p.m. EDT, the stock was down about 10%.

As per the agreement, Blackstone will be allowed to sell 49% of its holdings prior to the June expiration of the lock-up period. On a converted basis, this works out to about 14.4 million shares. NCR will repurchase 3 million of those shares as part of its share repurchase program. NCR now expects to spend $350 million on share repurchases in 2017, up from $300 million. 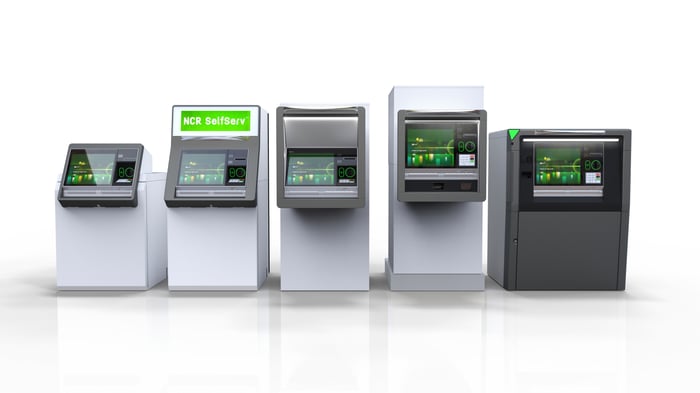 NCR CEO Bill Nuti sees only upside from the transaction: "This transaction is more accretive to our stockholders than further open market purchases, eliminates the ongoing dividend costs on the preferred shares, is accretive to EPS, and reduces our financial leverage."

The transaction will have a positive effect on NCR's non-GAAP earnings. The company now expects to produce non-GAAP EPS between $3.27 and $3.37 during 2017, up $0.02 from its previous guidance range. GAAP EPS is expected to be lower by about $0.10 due to one-time charges related to the redemption of the preferred shares.

Blackstone will still own a stake in NCR worth approximately $720 million after the transaction, leaving the company as a major shareholder. NCR also agreed to extend the lock-up period on Blackstone's remaining stake by six months to Dec. 1. Blackstone will continue to have two seats on NCR's board of directors following the transaction.

A major shareholder selling a significant number of shares seems to be the main reason for the stock's decline on Monday, overshadowing the improved earnings-per-share guidance and the larger share buyback program.