Shares of Shutterfly Inc. (NASDAQ:SFLY) declined 11.6% in the month of February, according to data provided by S&P Global Market Intelligence, after the company announced disappointing fourth-quarter 2016 results and an ambitious restructuring effort.

Shares of the internet-based image publishing specialist fell nearly 16% on Feb. 1, 2017 -- the day after it confirmed that fourth-quarter revenue climbed just 2% year over year, to $561.2 million. That translated to net income of $91 million, or $2.63 per share. Analysts, on average, were expecting higher revenue of $584 million and earnings of $2.84 per share. 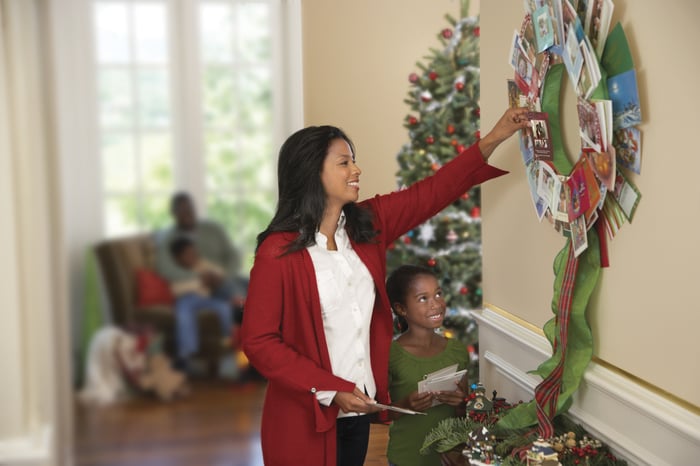 However, North also acknowledged that consumer growth arrived near the low end of Shutterfly's guidance, while adjusted earnings before interest, taxes, depreciation, and amortization was slightly below guidance. To blame for those shortfalls were revenue decreases from Tiny Prints, Wedding Paper Divas, MyPublisher, and BorrowLenses.

As the company focuses on driving growth over the long term, Shutterfly announced a restructuring plan for the coming year, which will notably include retiring the MyPublisher brand in favor of the Shutterfly Photo Books category, migrating Tiny Prints, Wedding Paper Divas, and MyPublisher customers to Shutterfly.com while shutting their legacy websites down, and focusing on the Shutterfly Wedding store as the center of its wedding strategy. Shutterfly is also retiring several smaller businesses, considering the sale of its BorrowLenses brand, consolidating its Santa Clara-based teams into the Redwood City corporate headquarters while closing its Santa Clara and New York locations, and reducing its total company headcount by 13%, or 260 employees. Shutterfly expects this transition to be complete in time for the 2017 peak holiday season.

In the end, by refocusing on its primary brand, Shutterfly's restructuring might well be exactly what it needs to rejuvenate the business. But given its relative underperformance of late and uncertainties created by this transition, it's no surprise that shares pulled back so hard last month.