It's been an up-and-down ride for Celldex Therapeutics (NASDAQ:CLDX) shareholders since the biotech reported the late-stage failure for Rintega. Celldex refocused on the rest of its pipeline after the major disappointment early last year.

The company announced its fourth-quarter and full-year 2016 results after the market closed on Tuesday. Here are the highlights. 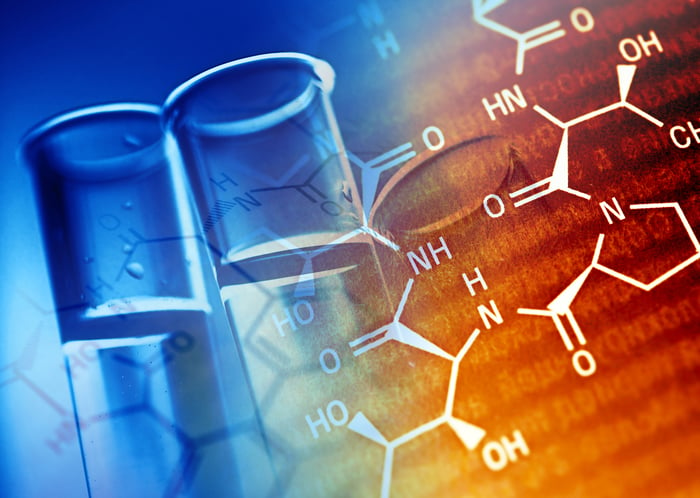 Celldex posted slightly higher revenue in the fourth quarter than in the prior year. This increase was due primarily to its clinical trial collaboration with Bristol-Myers Squibb (NYSE:BMY) and an increase in grant revenue.

The company's operating expenses rose from $35.2 million in the prior-year period to $36.7 million in the fourth quarter of 2016. Celldex's acquisition of Kolltan Pharmaceuticals in November was a major factor behind these higher costs.

The most important financial figure Celldex reported was its cash position. At the end of 2016, the biotech had cash, cash equivalents, and marketable securities totaling $189.8 million.

Other major achievements in the fourth quarter included:

Celldex Therapeutics CEO Anthony Marucci focused on where his company is headed: "Celldex made important progress across our pipeline in the fourth quarter, including successfully completing the integration of Kolltan Pharmaceuticals and its novel RTK antibody programs into our organization and driving a considerable uptick in enrollment in our ongoing study of glembatumumab vedotin in triple negative breast cancer."

He added, "As we look to 2017, we have prioritized completing the glemba studies in breast cancer and checkpoint-refractory metastatic melanoma, the phase 2 collaborative study of varlilumab with [Bristol-Myers Squibb's] Opdivo and our phase 1 studies of both CDX-0158 and CDX-014. Data from a number of these programs are expected to be available over the next six to 12 months."

The primary things to watch with Celldex in the months ahead are the clinical studies for glemba and varlilumab. Celldex should have several announcements this year.

For now, Celldex appears to be in good shape to fund its clinical programs for the next couple of years. However, the company hinted again that additional stock could be sold through its agreement with Cantor Fitzgerald. It's possible that further share dilution could be in Celldex's future.