My kids bought Chipotle stock early in the company's growth. What lessons have they learned, and would I let them buy more? 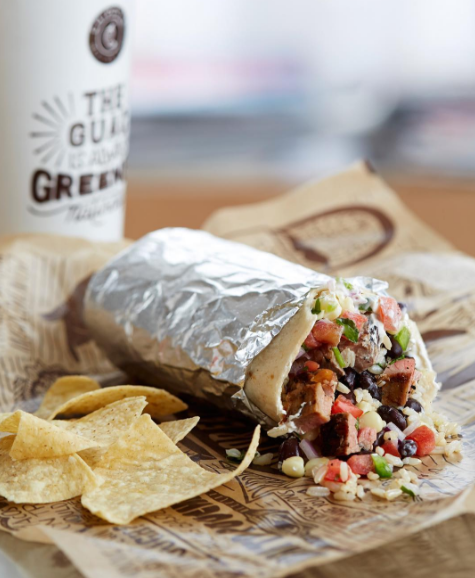 I started investing with my kids in 2004 because I wanted them to experience the benefits and lessons of long-term investing. They loved Chipotle (CMG 3.06%) burritos, so it was no surprise the company was one of their stock picks early on in Chipotle's growth story. I liked the growing store base and superior store-level margins, so we all bought shares.

We had been enjoying the benefits of tremendous stock returns until late 2015, when E. coli affected the fast-casual restaurant chain, hitting the stock hard, and it hasn't recovered since. The E. coli issues have impacted the company's revenue growth and margins, but it is beginning to show early signs of a recovery. Let's look at the reasons we bought Chipotle in the first place and how the company is faring "after E. coli."

My kids love to eat at Chipotle, and we saw they weren't the only ones. The ability for customers to customize their burrito just the way they like gets people to come back again and again. The idea of a simple menu, with a wide variety of ingredients, served quickly has disrupted the fast food business. Lines out the door and enviable same-store sales increases were proof that this concept resonates with a broad audience.

"Dad, why is the drive to Chipotle so long? We are hungry!"

While it's often been a long drive for our family to get to a Chipotle in the past, the fast casual restaurant chain has doubled its store count since 2010. Chipotle has a focused growth plan and chooses their locations carefully as it believes that "restaurant site selection is critical to our success and growth strategy." What's more impressive is that the company has funded all new restaurants with cash and has zero debt on the balance sheet.

"Dad, how does Chipotle make money?"

The simple answer is that the company adds up all its costs and makes sure that it charges more for its burritos, chips and guacamole than it costs to make. Before E.coli, Chipotle had tremendous restaurant-level margins, 26%-27% -- even better than Panera Bread or Starbucks. Restaurant-level margins are the difference between the individual store locations revenue and all the costs at that store including; food, occupancy, labor and any other costs incurred at the location. These exceptional margins helped Chipotle's cash flow and fueled further restaurant expansions.

While investing in Chipotle before E.coli was a no-brainer, the future seems more uncertain. Let's examine these three investment factors after E. coli.

Does the food still taste great? The short answer is "yes." While Chipotle has made changes in the food preparation process to ensure food safety, our family hasn't noticed any decrease in the "taste great" factor.

Over the second half of 2016, we attracted millions of new or lapsed customers. And we are pleased with the rate at which these new customers are converting from new or lapsed to regular customers.

Comparable same store-sales are improving and the company even reported positive December 2016 growth of 15% over the previous year. 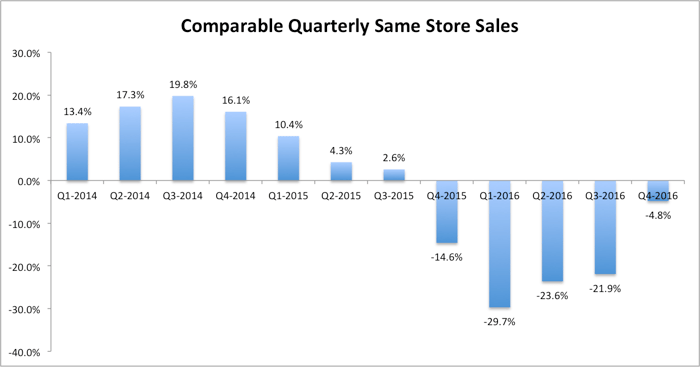 A recent survey from Market Force Information shows Chipotle is back in the top spot for customers who want Mexican food. These are early signs that customers are starting to come back.

What about store growth? Chipotle continues to grow the store base, and has added 240 restaurants in 2016, and plans to add 195 to 210 stores in 2017. The challenge for the company is that the annual revenue per restaurant is down to $1.8 million, back at 2010 levels. 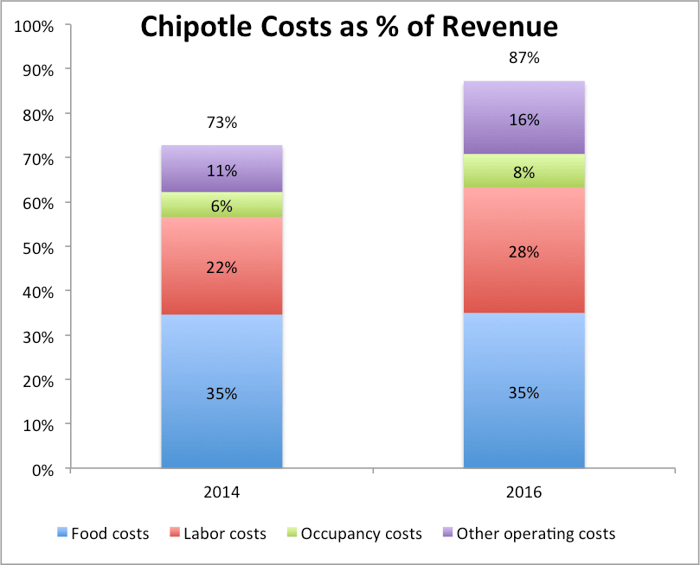 Costs have increased from 73% to 87% of revenue, dropping the awesome 27% margin to a mediocre 13%. Food costs have remained stable, but occupancy, labor and other costs all are impacted by lower volumes.
Not everything is bad news though, even though margins have contracted, cash flow is still positive. The key for Chipotle going forward is quite simply to get customers to come back. John Hartung, Chipotle's CFO, said on the most recent earnings call "if we can return to a $2.5 million restaurant company then we have the ability to fully regain all of our margin up to that 26%, 27% or higher." Getting to $2.5 million per restaurant per year would go back to Chipotle having lines out the door and happy shareholders.

What lessons have my kids learned while enjoying our burritos all these years? Great stock returns are possible if you buy great companies and hold them for the long term. Stocks don't always go up. Lastly, it's fun to own stock of a company where "checking in" involves eating a great burrito, chips, and guacamole.
Would I let my kids buy more Chipotle stock? Yes, but I would want them to hold for at least 3-5 years for Chipotle's store traffic to pick up, which is the key for Chipotle making everything work.