There is a reasonable chance that we are on the brink of a new computing evolution with virtual reality (VR) and augmented reality (AR). While similar, there are some fundamental differences between VR and AR. VR completely immerses the user in a virtual world, while AR acts as an overlay to the real world. Facebook (NASDAQ:FB) made a massive $2 billion bet on the former with its acquisition of Oculus VR, while Apple (NASDAQ:AAPL) firmly believes that the latter has more transformative potential for mainstream consumers.

Market researcher IDC has just released estimates on the future of AR and VR over the next five years, and the forecasts look decidedly skewed in the social network's favor.

VR is about to take off

IDC sees to combined VR/AR market growing nearly tenfold from 2016 to 2021, to 99.4 million units by the end of that time frame. There were roughly 10.1 million units shipped in 2016, according to IDC. Last year was a milestone year for the market, since that was when Oculus officially launched alongside other VR/AR headset products. In the years ahead, expanding content choices, new headset products, and progressively lower prices should spur demand as the ecosystem grows. To that last point, Facebook just reduced the combined price of Oculus Rift and Touch by $200 earlier this month, which now costs about $600 (not including a PC to power the setup). 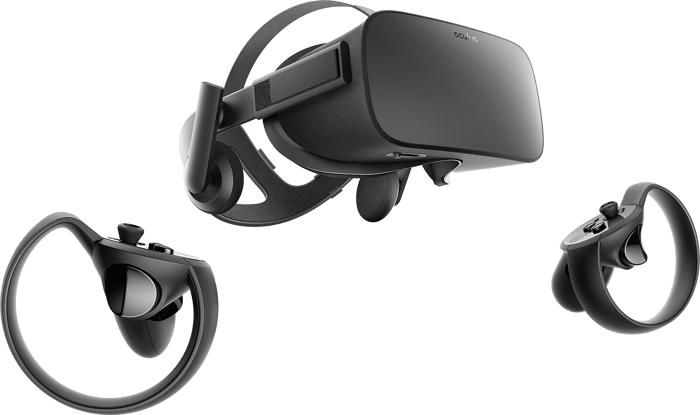 IDC research manager Ramon Llamas also noted that while consumer demand was driven by tech enthusiasts (mostly gamers), there are also emerging use cases within the enterprise. VR and AR are seen as possible ways to improve worker productivity. That means companies looking to jump in to the VR/AR market will have numerous potential strategies to address the market's different needs.

The consumer side of the market is expected to remain dominant, at least according to IDC's predictions.

Then we get to the bad news for Apple: AR is expected to comprise a much smaller portion of the market than VR, at least in terms of unit volumes. Cue cheers from Mark Zuckerberg.

That's not to say it's all bad news for Apple. There is a silver lining, and a rather important one at that.

AR could be a bigger moneymaker

AR may be smaller in terms of unit volumes, but IDC actually expects the revenue opportunities associated with AR to be greater in the long term. VR systems currently cost anywhere from $100 to $1,000, but the low-end experiences may end up disappointing users that try out the technology. AR headsets are more sophisticated in other ways and most will end up costing "well over" $1,000. That will make AR less accessible in the beginning, and as such, mainstream AR adoption appears to be farther out than VR adoption, which is already slowly starting to tick up.

Given Apple CEO Tim Cook's comments about the potential of AR, there should be little doubt that the Mac maker has something in its pipeline for AR. What's far less clear is when the company will announce or unveil an AR device. Until then, Facebook will continue to lead the way in VR.