Please ensure Javascript is enabled for purposes of website accessibility
Log In Help Join The Motley Fool
Free Article Join Over 1 Million Premium Members And Get More In-Depth Stock Guidance and Research
By Daniel B. Kline - Updated Mar 16, 2017 at 1:46PM

Both brands are making an effort to capture the entrepreneurial spirit.

When a company moves from being a start-up to becoming a more mature operation, it often loses some of what made it great in the first place.

Once infrastructure, systems, and layers of management have been put in place, it becomes more difficult to charge forward, sometimes simply because it's harder to change direction when steering a larger ship. Both Wal-Mart (WMT 0.08%) and Starbucks (SBUX 3.87%) have been mature companies for a long time, but the two chains are each taking clear steps to make sure the entrepreneurial spirit has a place in their organizations.

Wal-Mart has done so by putting Marc Lore, the serial entrepreneur who led Jet.com, which Wal-Mart purchased for $3.3 billion, in charge of its digital operations. Starbucks has taken a different approach, having both a dedicated executive in charge of leading entrepreneurial efforts and putting its outgoing CEO, Howard Schultz, in charge of its start-up effort to launch a premium brand. 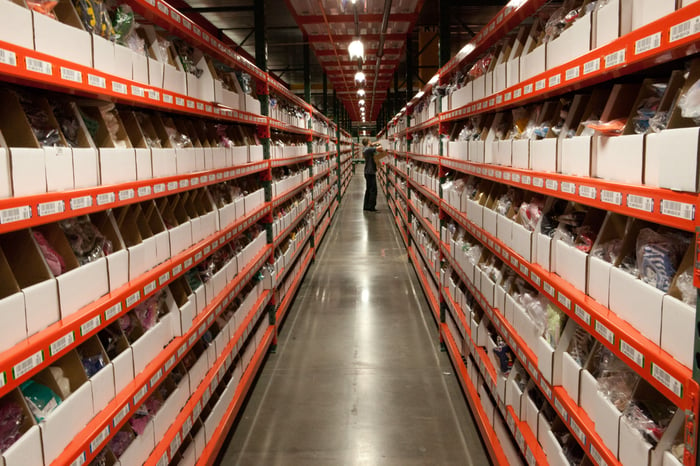 In giving Lore the keys to its digital operations, Wal-Mart changed its entire way of thinking. That became evident when Walmart.com made the bold move of eliminating its $50-a-year membership, which gave customers access to unlimited two-day shipping, and replacing it by making that perk free for any qualifying order over $35.

That move screams start-up. It's a money-losing action that will hurt the bottom line, but which should build audience share over the long term. That's the kind of thing Lore did at his previous start-up, Quidis (which owned Diapers.com), and at Jet.com, because in order to compete in an online retail market dominated by Amazon (NASDAQ: AMZN), you have to disrupt conventional thinking.

Wal-Mart CEO Doug McMillon arguably bought Jet.com as much to secure Lore's services as he did to acquire its technology or customer base. The CEO also seems willing to allow his new hire to operate in the fashion he has become known for.

"If Marc can be Marc within this company, then great things are going to happen," McMillon said at the company's October investor day conference.

Schultz actually built Starbucks as we know it from the ground up as an entrepreneur and he has clearly tried to keep that spirit alive over the years as his company has remained a pioneer, even as it became a global behemoth. This has led to failures like the company's soda line and its efforts to have an afternoon/evening menu, but it has also had great successes like the chain's technology. Starbucks was the first major restaurant brand to offer digital payment and mobile ordering, two technologies that are becoming standard across the industry.

Those are some impressive feats, but Schultz clearly had an itch to go back to his entrepreneurial roots in a way he could not while running a company as large as Starbucks. To make that happen, he decided to leave his CEO job in order to take on a new challenge focusing "on retail innovation and accelerating growth of Starbucks ultra-premium retail formats."

In his new job, Schultz plans to try to once again revolutionize how Americans drink coffee. The first time he did that he brought about his vision of a "third place," after work and home, that became the cafe chain. Now he's going to develop the company's high-end Roastery and Reserve brands -- an entrepreneurial effort that attempts to build a wine-aficionado-like experience for coffee lovers on a global level.

Schultz, however, is not the only person attempting to keep the start-up spirit alive at Starbucks. The company also employs Richard Tait, founder of the game company Cranium, as senior vice president and entrepreneur in residence. In addition to his own start-up journey, Tait spent years at Microsoft, where he also operated as an entrepreneur in residence, creating numerous start-ups within the company, according to his Starbucks biography.

Tait's job, which he has held for almost a year, gives him a broad portfolio that includes "helping the company foster a culture of innovation." In addition, he is charged with applying "an entrepreneurial lens to Starbucks operational planning and prioritization efforts across the organization, helping improve the speed and agility of decision-making."

On his LinkedIn profile, Tait calls himself "Chief BoomBoom at Starbucks" and describes his role as working with the company leadership to bring the "energy and passion of a start-up inside the rhythm of a large corporation." Tait reports to incoming CEO Kevin Johnson and also works in product development as part of the steering committee for Starbucks' Innovation Lab.

In many ways, both Wal-Mart and Starbucks are following a path blazed by Amazon. The online retailer's CEO, Jeff Bezos, has famously and regularly used the phrase "today is day one." The company even named part of its Seattle office complex the "Day One" building, around the idea that the company is always a start-up.

It's a philosophy that has empowered Amazon to act in its own long-term interest at the expense of quarterly results.

Wal-Mart is clearly embracing the idea that continued growth requires breaking the mold and it has empowered Lore to make long-term moves that sacrifice short-term profit margin. Starbucks has always been a bit like Amazon as Schultz and Bezos seem to share a lot when it comes to vision, but Schultz's taking on a purely entrepreneurial role outside the core brand doubles down on that thinking. Add Tait to the mix and you can see that Starbucks' outgoing CEO wants to make sure that his company, no matter how big it gets, embraces the spirit that led to its growth in the first place.