The action camera maker jumped after an encouraging guidance update.

Shares of GoPro Inc. (GPRO -1.49%) were up 14.2% as of 12:00 p.m. EDT Thursday after the action camera and drone specialist announced first-quarter revenue will be at the high end of its previous outlook. GoPro also offered other encouraging updates on its business.

More specifically, GoPro now expects first-quarter 2016 revenue to be at the high end of its previous $190 million to $210 million guidance range. In addition, it reaffirmed its full-year goal of reclaiming profitability on a non-GAAP basis. And thanks to the restructuring it originally announced this past November -- which notably included eliminating 270 current and open positions and the closing of its media segment -- GoPro now anticipates full-year GAAP operating expenses to fall below $585 million (down from $834.9 million in 2016), while non-GAAP operating expenses should fall below $495 million (down from $708.8 million in 2016). Both figures represent significant improvements from GoPro's targets outlined early last month, which called for GAAP and non-GAAP 2017 operating expenses of $688 million and $600 million, respectively. 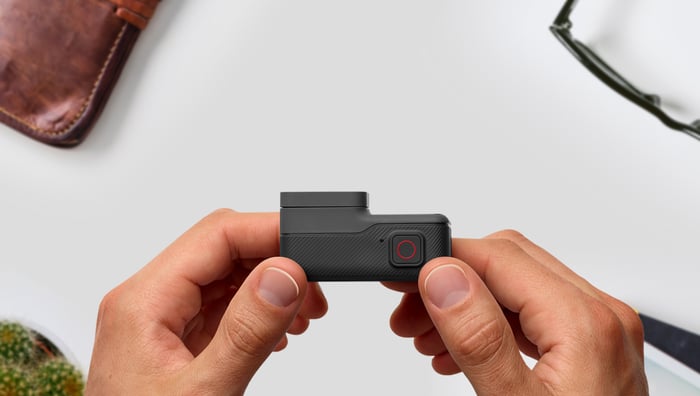 Perhaps most important, GoPro insisted it will achieve these expense reductions "without impacting the company's roadmap for new hardware and software products." GoPro CFO Brian McGee further noted the company currently has no need to draw on its credit facility, and should generate positive earnings before interest, taxes, depreciation, and amortization (EBITDA) for the full year of 2017.

All things considered, given its stronger-than-expected revenue performance for Q1, massive expense reductions for the coming year, and new products in the pipeline that could further fuel GoPro's performance in the coming quarters, it's no surprise to see shares rebounding today.