We become so limited by this idea of technology replacing workers when the better idea is to power-up their senses and extend what they're capable of doing.

So says Brian Mullins, founder and CEO of the augmented-reality device maker DAQRI. Those are powerful words, especially in a world where championing and empowering common workers can take you as far as the White House. Politics aside, though, the statement does beg the question: Does extending a worker's senses using augmented reality (AR) make business and investment sense?

The case for augmented reality

First, what is augmented reality? Unlike virtual reality (VR), which closes off the user from the real world, augmented reality works alongside it. VR has received much attention the last few years as an entertainment medium for things like video games and fully immersive movies.

Last year, though, AR finally got some attention when Pokemon Go went viral. While the mobile game was an example of the potential applications for AR, DAQRI sees it being used for far more serious matters. The company was founded on the idea that AR could help empower workers with data, make them more productive, and even keep them safe. 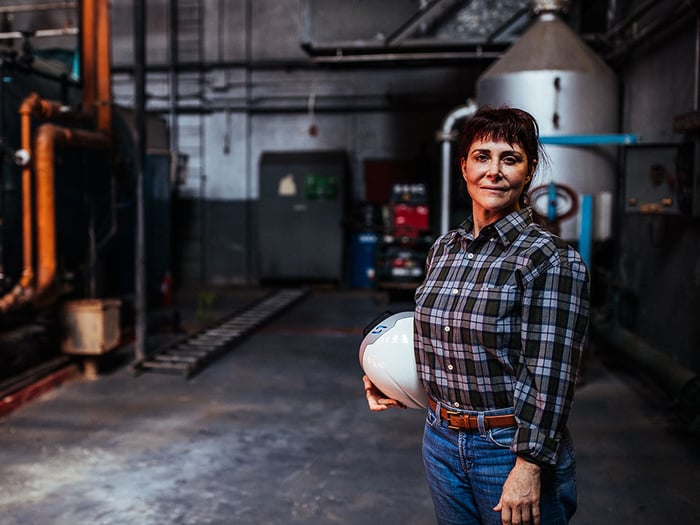 Because of its potential in the workplace, most estimates show that longer-term growth will favor augmented reality, not virtual. However, in 2016, the total VR/AR market brought in about $4 billion in revenue. More than half of that -- about $2.7 billion -- came from virtual reality sales.

By the start of the next decade, estimates put annual AR/VR sales anywhere from $90 billion to $120 billion. While VR is leading right now, expectations are that AR will account for well over half of those estimates. The driver? Not video games and entertainment but enterprise solutions tethered to the Internet of Things and geared toward helping workers process data.

What is DAQRI up to?

Entering the scene last month at the Mobile World Congress 2017 was DAQRI's new Smart Helmet. Just like the name implies, this device looks like a hard hat with a front visor. But in this case, the visor is where data, pictures, and schematics are overlaid onto the real world. 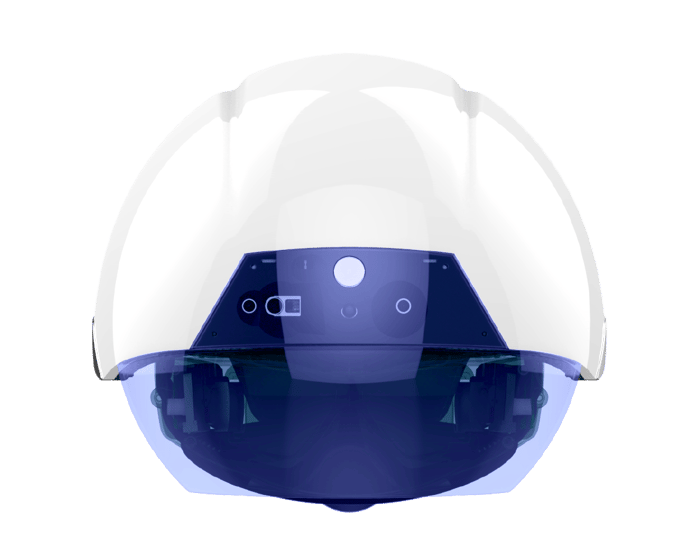 The company hopes its new device is the future of the industrial workforce, carrying a range of capabilities that workers need. Intel (NASDAQ:INTC) provides the brains with its sixth-generation Core m7 processor, as well as several sensors to help project depth perception to the wearer. The device carries several cameras, including an infrared and thermal imaging camera for relevant applications.

The helmet looks like a byproduct of Intel's Project Alloy, its bet on augmented reality that it announced last fall. DAQRI's helmet features similar hardware as Alloy, but Intel's goggles are being presented as a multiuse device for things ranging from entertainment to office environements, rather than a hard hat for futuristic industrial workers.

DAQRI followed suit and also released a less-rugged version of its helmet in goggle form, simply called Smart Glasses. The design is again similar to Project Alloy and is being marketed for less-hazardous workplaces like distribution centers and for remote experts.

A case study for augmented reality

Evidence has been mounting that AR at work is a good idea for businesses. For example, German logistics and shipping company DHL equipped warehouse workers with AR glasses. The company reported that the glasses-equipped employees worked 25% faster and error-free during the three-week pilot program.

The potential for AR to transform the workplace is there, but it is still early. Some challenges that will need to be tackled include boosting battery life for devices and building out an ecosystem of apps. For investors, there isn't much opportunity in AR outside of the major tech players or companies like Intel making the components powering the devices. As for DAQRI, it is a very small company and not yet publicly traded.

Though early in the game, AR is still worth keeping tabs on. We are in an interesting time where technology is helping us more efficiently use the massive amounts of information and data available to us. AR represents one such option that, once refined, can help businesses and employees put that information to use in the best way possible, reducing costs, boosting profitability, and more.