The energy sector is feeling the pinch of low oil and natural gas prices, which has been a headwind for oil field services industry stalwart Helmerich & Payne, Inc. (NYSE:HP) and dragged down investor sentiment for midstream sector players Enterprise Products Partners L.P. (NYSE:EPD) and Buckeye Partners, L.P. (NYSE:BPL). But each of these companies has a long history of increasing dividends annually, which means that the bad news today is likely to be good news for dividend lovers looking for big yields.

Helmerich & Payne builds, leases out, and operates drilling rigs. Its largest business is in the onshore U.S. market. That was very bad news in mid-2014 when oil prices started their tumble from over $100 a barrel to around $30. Although oil prices are higher than that now, they are nowhere near the $100 range. However, prices have picked up enough to get drillers back to work again. 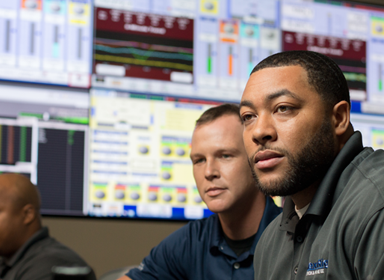 Helmerich & Payne had roughly 90% of its rigs working in mid-2014. That dropped to around 25% in late 2016. But was back up to 31% in early 2017. The company is a long way from its heyday, but it's starting to see demand come back for its high-tech drill rigs. If this is an early sign of an upturn in drilling demand, then now is the time to act. Anecdotally, ExxonMobil just announced plans to materially expand its onshore U.S. drilling efforts -- definitely a positive sign for Helmerich & Payne.

Now step back and take a look at the company's dividend. The yield is currently around 4.1% and Helmerich & Payne has increased it for 44 consecutive years. To be fair, it held the dividend at $0.688 a share for eight quarters during the downturn, but because it increases dividends in the middle of the year the annual streak remains intact. And it increased the dividend again in August of 2016, so it's back on track again. Despite the pause, this high yielder with an impressive record of rewarding shareholders is worth a deep dive right now... before drilling activity really starts to pick up.

The next pair of companies, Enterprise and Buckeye, hail from the midstream sector. That changes the equation in a big way because they don't care as much about the price of oil and gas as they do about demand for the fuels. That's because the majority of their revenues come from fees for using their pipelines, terminals, and processing facilities. So while the price of oil fell off a cliff in mid 2014, demand for oil didn't. 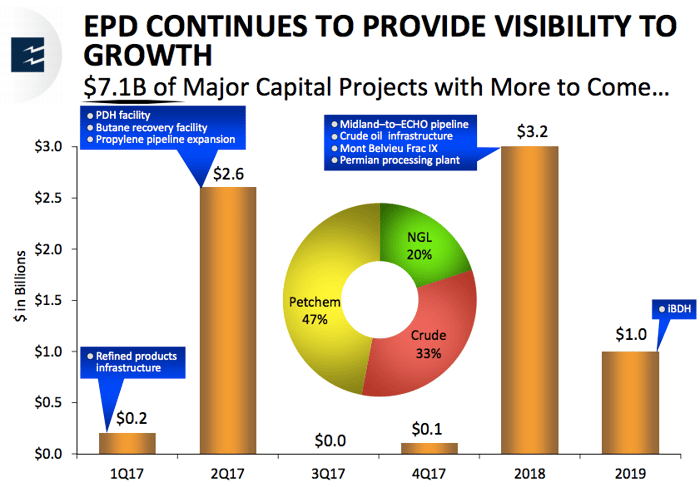 This helps explain why Enterprise's distributable cash flow was roughly the same in 2016 as it was in 2014, despite much lower energy prices. (Distributable cash flow in 2015 was boosted by one-time items.) And the partnership had a healthy coverage ratio of 1.2 times last year, providing plenty of safety for unitholders' distributions. Now add in around $7 billion of growth projects slated to come online between now and 2019, and the future starts to look pretty bright for adding to the partnership's string of 20 years worth of annual distribution hikes. A hefty 6% yield is icing on the cake.

Buckeye, meanwhile, has spent roughly $8 billion since 2010 to diversify its business. And the effort has paid off. Its domestic business made up over 90% of adjusted EBITDA in 2010, but now accounts for around 55%. Meanwhile, it grew its international business from nothing to around 40% of adjusted EBITDA. And, more to the distribution point, Buckeye's distributable cash flow has increased each year through the oil downturn and was roughly 28% higher in 2016 than it was in 2014. 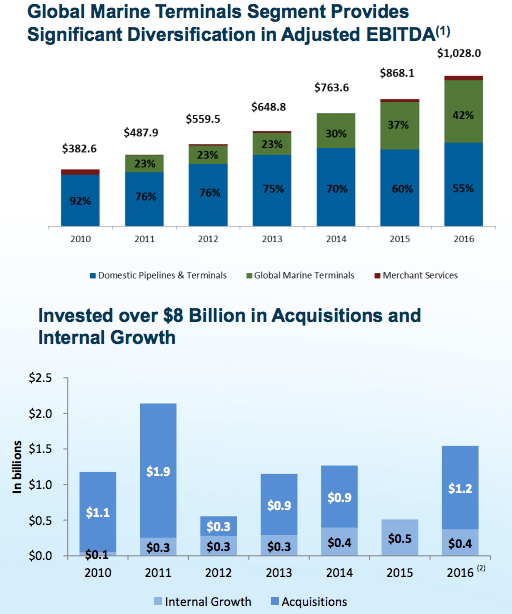 Buckeye Partners has increased its distribution each year for 22 consecutive years. The distribution yield of 7.4%, meanwhile, is even more enticing than what Enterprise offers up. The difference is that Enterprise is a larger and more diversified company, which affords investors a little extra safety. But if you can handle the risk of owning a smaller midstream player with a great distribution track record, Buckeye is worth digging into.

What's really nice about Helmerich & Payne, Enterprise Products Partners, and Buckeye Partners is that they combine material yields with impressive histories of annual distribution increases. Sure, the energy industry is in a state of flux today, but don't let that scare you away from this trio. Driller Helmerich has deftly survived more than one industry downturn, while oil prices aren't all that important to Enterprise and Buckeye. If you like dividends, you might just find you love these three oil-related names. But do your deep dive now, because if you wait too long the opportunity to grab their high yields might pass.